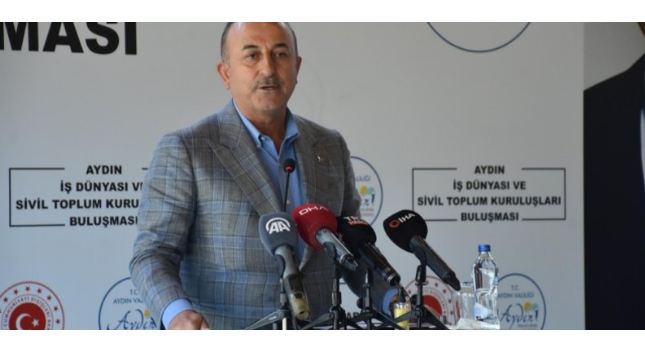 The UN is unble to solve problems, take the lead on any issue and prevent conflicts, Turkey’s foreign minister said Friday.

Mevlüt Cavuşoğlu said UN structures such as the Security Council, veto rights and voting should be changed.

“These need to change, if not, the UN will slowly disappear like the League of Nations,” he said at a tourism event in western Aydın province.

Çavuşoğlu said that a lot has changed in the past few decades and international institutions need to keep up with the change.

Çavuşoğlu said the coronavirus pandemic created new challenges and changes that Turkey is preparing well for the post-pandemic international cooperation as well as competition.

Çavuşoğlu said the tourism sector was hit hard by the pandemic in the past year.

“In order to revitalize the tourism sector, we have implemented the concept of healthy tourism to bring our tourism-related facilities back to life,” he said.

The top Turkish diplomat said Turkey has worked hard to minimize the pandemic’s effects on the tourism sector and prioritize tourism diplomacy in the international arena.

“The UK removed Turkey from the red list and placed it on the amber list. But there was a disagreement about the vaccine. Our president brought this issue in his meeting with British Prime Minister Boris Johnson in their meeting in New York. The BioNtech vaccine is produced in Germany, and two Turkish scientists developed this vaccine. There is no problem for those who have the BioNtech vaccine in Europe, there is no clarity yet for those who are in Turkey. Corrections have been made on that issue,” he said.

Çavuşoğlu said tourism should be diversified in Turkey and health tourism attracts much more attention in the world, especially during the pandemic.