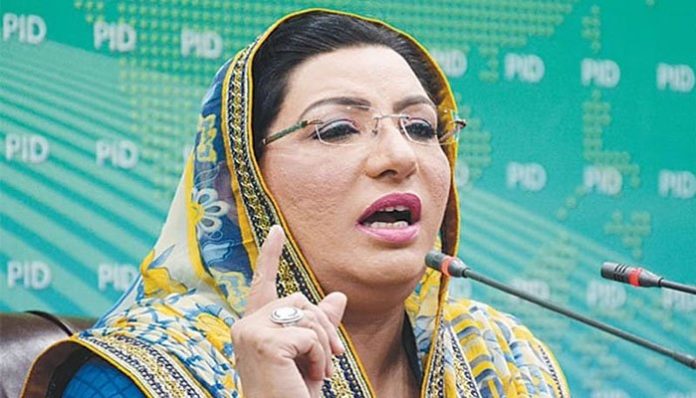 LAHORE , MARCH 29 : The Punjab government is mulling over different measures to control the COVID-19 spread across the province, especially in Lahore where a complete lockdown may be imposed due to a high positivity ratio, Special Assistant to the Chief Minister on Information Dr Firdous Ashiq Awan said Monday.

The statement from the government spokesperson came as the COVID-19 situation in the provincial capital worsened further despite smart lockdowns and other restrictions.

Awan said people are not following the coronavirus SOPs and the results are not encouraging from Lahore and other five major cities of the province where the authorities have imposed smark lockdowns.

“A decision will be taken today whether to impose a complete lockdown or not. Punjab CM Usman Buzdar would make an announcement,” she said.

The meeting of the Cabinet Committee on Coronavirus is underway to review the pandemic situation and take further steps needed to control the spread.

The surge in Lahore is overwhelming hospitals, as the death count and new patients spike in what could be the worst stretch of the pandemic to date in the province.

One of the largest state-owned health facilities in Lahore, Mayo Hospital, has a total of 325 beds in its coronavirus ward. On Sunday, 253 beds were occupied, therefore more than 77%.

“The situation is pretty bad here,” a senior doctor at Mayo Hospital told Geo.tv, on the condition of anonymity, “We are not accepting serious patients anymore because our Intensive Care Units (ICUs) are working at full capacity.”

96 cases filed over violations in Lahore

According to the latest government data, 2,309 new cases were reported during the last 24 hours taking the total number of cases to 215,227 in Punjab.

However, the death toll has risen to 6.244 after 17 more succumbed to the virus while 185,877 have recovered from the disease.

Punjab recorded 2,823 new COVID-19 infections on March 27, surpassing the previous record of 2,705 set on July 12. Officials say that the province is in the grip of third wave of the virus, which is being driven by a UK-variant of the disease.

Majority of the new cases were recorded in Lahore alone, the capital of Punjab. In the city, on Saturday, 1,725 people tested positive for the deadly virus, which was the second-highest tally reported in the city since the outbreak in Pakistan in late February last year.

Separately, Punjab’s cities – Faisalabad, Lahore and Gujranwala – have continued to record the highest test positive percentage in the country, much above the WHO-mandated 5%.

Meanwhile, the province will be entering its third phase of the vaccination drive on Sunday as it begins to vaccinate people over 50 years of age in the province.