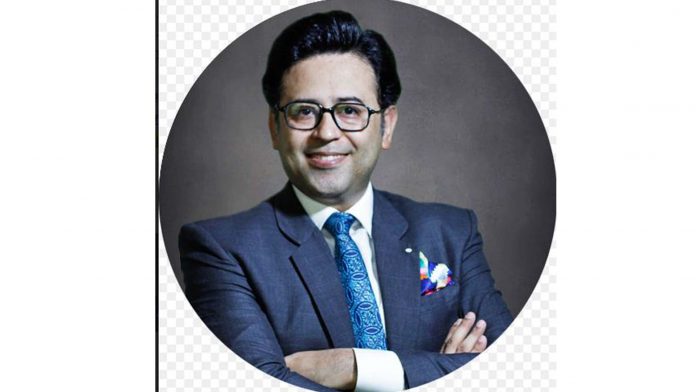 In last 4 decades the velocity of Pakistan foreign maneuvering was slow and range was limited. There could be multiple reasons like domestic socio-economic and socio-political upheavals, unwanted engagement in war against terrorism, and pressure of masters who claimed to be friends.

But foreign office under the present government has revamped the entire game plan to pace-up foreign relations on one hand and diversify the diplomatic friendships on the other. Newly introduced dimension to proceed with foreign relations is our shift from geo-political stance to geo-economic stance.

As Special Assistant to the Prime Minister on National Security Division and Strategic Policy Planning DrMoeedYusuf has repeatedly mentioned that instead of the conventional geo-strategic lens, Pakistan is focusing to leverage its geo-economic position by partnering with the world under the economic security model.

In Moeed’s words “Pakistan is on a path to become global economic hub and targets to become a melting pot of competing global economic interests”, and these words seem to be well grounded. In consonance to the said, Pakistani government under popular Prime Minister Imran Khan is considering Southeast Asia as a feasible test bed for the conduct of anextended foreign policy that is synonymous withMr Khan’s idea of Naya (new) Pakistan.

Early indications suggest that the Khan’s government has shown a genuine enthusiasm to advance Pakistan’s policy toward ASEAN (Association of Southeast Asian Nations) by stepping up both multilateral and bilateral engagements with the region. But the question is ‘who would be advocating us in ASEAN? Prior getting to the question let us have a brief about ASEANs and, their need to connect with Pakistan.

Established in 1967, ASEANis an economic unificationincluding 10 member states in Southeast Asia. The member states are Brunei, Cambodia, Indonesia, Lao, Malaysia, Myanmar, Philippines, Singapore, Thailand, and Vietnam.Population of the ASEANs was about 655 million people in 2019 (8.5% of the world population). The ASEAN Way’s: methodology or approach to solving issues, emphasis on consultation, consensus, and non-interference, forces the organization to adopt only those policies which satisfy the lowest common denominator.ASEAN is a major partner of SCO (Shanghai Cooperation Organization), maintains a global network of alliances, and is considered by many as a global powerhouse. Today ASEAN is a leading voice on regional trade and security issues, involved in numerous international affairs, and hosts diplomatic missions throughout the world. Such important economic amalgamation like ASEAN cannot afford to ignore CPEC.

The CPEC (China-Pakistan Economic Corridor) is a leading regional integration initiative between China and Pakistan. The project also opens opportunities to all interested regional stakeholders, among which CARs (Central Asian Republics): Turkmenistan, Uzbekistan, Kyrgyzstan, Kazakhstan, and Tajikistan,are one of the most important in geo-political and geo-economic terms. Located in a landlocked but resource-rich region, CARs need better access to regional markets and CPEC presents a strategic opportunity to transport their goods more easily and gain competitiveness in regional and global markets. Likewise CPEC also provides a pathway to ASEAN in connecting with China and CARs. Here comes the two way deal; We need You, You need Us.

Among the 10 members of ASEAN, Indonesia and Malaysia are the top choices as mediators between ASEAN and Pakistan. With Malaysia Pakistan is already having close cordial connections, but what about Indonesia? Indonesia is the strongest country in ASEAN with reference to GDP and GDP per capita data. It is the most populous Muslim country with much commonaltyto Pakistan in terms of culture, and values. Both countries are members of the OIC (Organization of Islamic Cooperation), SCO and Developing 8 Countries.

During the Indonesian Revolution, Muhammad Ali Jinnah: the founder of PakistanurgedMuslim soldiers serving in British army to join hands with Indonesians in their fight against the Dutch Imperial colonization. As a result, 600-Muslim soldiers leftthe colonial forces putting their lot at stake, and allied with Indonesians. Out of these 600 soldiers, 500 died in war. As recognition of the assistance of Muslim soldiers from Pakistan, during the Indonesian Golden Jubilee celebration on August 17, 1995, Indonesia conferredIndependence War Awards to the living ex-Pakistani soldiers and awarded the highest honor ‘Adipura’ to the founding father of Pakistan Muhammad Ali Jinnah and the government of Pakistan. Pakistan’s relationship with Indonesia greatly developed during the time of MrSukarno: first president of Indonesiaand Gen. Ayub Khan. During the Indo-Pakistani War of 1965, Indonesia offered to provide Pakistan with military help, and seized‘Andaman and Nicobar Islands’ of India so as to distract it from the Kashmir front.

Then a bad patch appeared around the globe, an emerging super power shattered the political and diplomatic map of the world. Foes turned friends and friends fell apart.  This was the time when Pakistan’s foreign policy shrink for few countries, grew dependent of some, and lost its positive global footage. It was almost 4 decades of this bad patch, but then CPEC dawns. Realizing the projected value of CPEC many countries are attracted to restore or reset the diplomatic relations with Pakistan. In response Pakistan foreign policy is using a lens with wider spectrum: so far it seems. Therefore in last few years we observe that Pakistan has signed a memorandum of understanding on defense cooperation with Indonesia.One of the key terms of the memorandum is an offer for Indonesia to take part in joint-manufacturing between Pakistan and China of the JF-17 fighter jet. The exchange of military personnel for training between Indonesia and Pakistan also increased. In 2018, the two sides agreed to strengthen, expand and diversify military cooperation through all available forums. Moreover the two countries have a standing preferential trade agreement, the Indonesia: Pakistan Preferential Trade Agreement. The Indonesian ambassador to Pakistan: MrAdam M Tugio has categorically mentioned that Pakistan is strategically located at the juncture of South Asia, Central Asia and Middle East and has vast potential to emerge as a hub of regional and economic activity.

As a leadingmember Indonesia is havinggreat influence in ASEAN and also looks after evolving from regional power to becoming a major player in global affairs.Pakistan needs to support Indonesia in achieving her long-aimed goals through establishing connections and in return expect to earn dividends. Considering these afresh realities, we need to refresh our bilateral relations with Indonesia and the Govt. of Pakistan should take some quick moves in this direction. Before others spoil, let’s coil around our new friends.