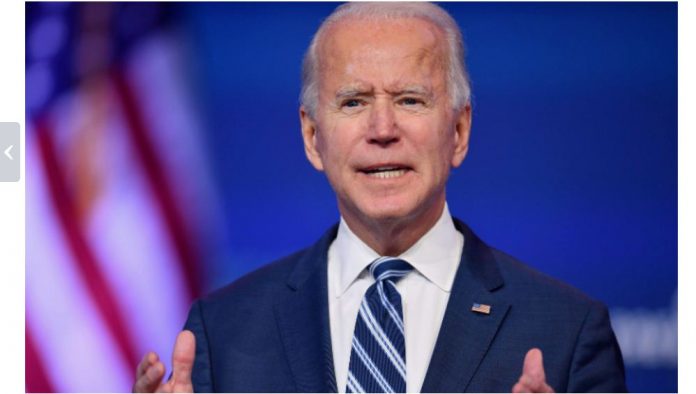 WASHINGTON, MAR 12 – US President Joe Biden on Friday holds the first-ever four-way summit with the leaders of Australia, India and Japan, ramping up efforts to cement alliances as concerns grow over a rising China.

In a flurry of diplomacy, Japan announced that Prime Minister Yoshihide Suga would become the first foreign leader to see Biden in person, a sign of the primacy the new US leader attaches to allies.

Secretary of State Antony Blinken and Defence Secretary Lloyd Austin are also paying a joint visit next week to both Japan and South Korea on their first foreign travel, with Austin continuing on to India.

Blinken and the US national security advisor, Jake Sullivan, will then meet later next week in Alaska with top Chinese officials in what the Biden administration has promised to be a blunt airing of US concerns.

Friday’s four-way summit, while virtual, will mark the first time that leaders of the United States, Japan, India and Australia have met together following more than a decade of meetings at lower levels of the so-called “Quad”.

The summit comes at a time when all four democracies see relations deteriorate with China, which in the past year has engaged in a deadly clash with Indian forces in the Himalayas, has stepped up activity near islands administered by Japan and has imposed sanctions on Australian products following a series of disputes.

The Biden administration, however, has been careful not to link the Quad explicitly to China — a shift in rhetoric after former president Donald Trump’s strident denunciations of Beijing.

State Department spokesman Ned Price said that the Quad is not focused “on any single issue, to include China”.