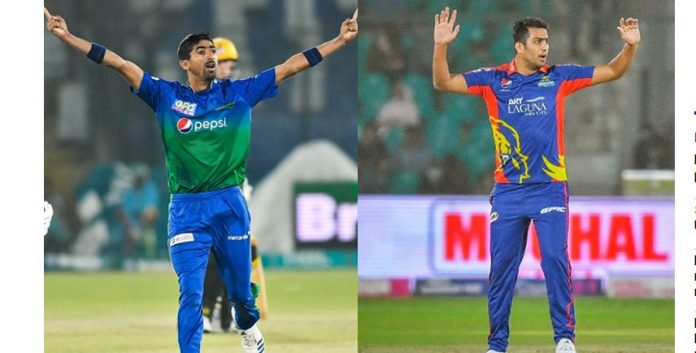 LAHORE, MAR 12 – Young pacers Shahnawaz Dhani and Arshad Iqbal have been included in Pakistan’s squad for the tour of South Africa and Zimbabwe.

The squad was announced on Friday by chief selector Mohammad Wasim at the Gaddafi Stadium in Lahore.

Veteran all-rounder Mohammad Hafeez has also been included in the squad after missing out for the series against South Africa after failing to join the bio-secure bubble in time.

Leg-spinner Yasir Shah, who is a regular feature in the five-day format for the national team, will miss the tour as he continues to recover from an injury.

In his place, leg-spinner Zahid, who missed out on a spot in the T20I squad after the arrival of all-rounder Shadab Khan, has been included.

Dhani, who had a really impressive outing for Multan Sultans during the Pakistan Super League (PSL) 2021, has also been selected for the Test series against Zimbabwe.