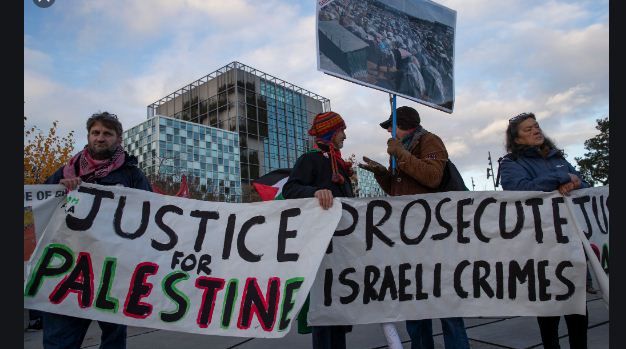 JERUSALEM, MAR 06 (DNA) – Israel faces a dilemma: should it argue its case to International Criminal Court investigators looking into possible war crimes in the Palestinian territories, or refuse to cooperate?

Prime Minister Benjamin Netanyahu, a vocal critic of the ICC, declared Israel was “under attack” after prosecutor Fatou Bensouda announced Wednesday she was opening a full-blown probe into the actions of all sides in the 2014 Gaza conflict.

“We will speak the truth in every forum, in every country, on every stage until this outrageous decision is reversed and becomes null and void,” he said. The ICC is the world s only permanent war crimes tribunal and was set up in 2002 to try the planet s worst crimes where local courts are unwilling or unable to step in.

It does not try states, but top leaders or warlords alleged to have given the orders. Even presidents have been hauled before the court in The Hague. So in theory it might be possible that Netanyahu or even former defence minister in 2014 Benny Gantz could be targeted in the ICC investigation.

Some countries have bridled at moves to investigate top national leaders or warlords allegedly behind war crimes or even genocide. Under president Donald Trump, the United States imposed sanctions on Bensouda after she separately decided to investigate alleged US war crimes in Afghanistan.

Netanyahu s office said Friday that in a call with US Vice President Kamala Harris she had “expressed the American administration s complete opposition to the decision of the prosecutor” to probe the Gaza war.

Netanyahu has not made clear whether Israel would fight back through diplomacy and public opinion — or by engaging directly with the ICC, to which Israel is not a party.

There is also a middle path, said Pnina Sharvit Baruch, former head of the international law unit of the Israeli Military Advocate General — to provide less than full cooperation, but not a total boycott.

“What Israel can do and probably will do is provide the prosecutor with the relevant materials” for its defence, but without formal cooperation because the Jewish state “does not trust this court”, she told media.

The ICC probe will focus on the 2014 conflict that saw Israel launch a major military operation in Gaza, said to be to stop rocket fire into the Jewish state by the strip s ruling Islamist Hamas movement. An estimated 2,250 Palestinians were killed, mostly civilians, and 74 Israelis, mostly soldiers.

ICC judges paved the way for a war crimes probe when they ruled a month ago that the tribunal has jurisdiction over the situation due to Palestine s membership of the court.

Bensouda, who is due to be replaced by Karim Khan in June, said Wednesday there was a “reasonable basis” to believe crimes were committed by members of the Israel Defense Forces, Israeli authorities, Hamas and other Palestinian armed groups.

“The ICC lacks any jurisdiction on this matter,” Israel s attorney general said in a statement on Thursday. It also argued that Israel itself “has in place a robust system for examining alleged violations of international law”.

“There is absolutely no place for the ICC s intervention in matters that are under the jurisdiction of the State of Israel.” The probe will take several years to complete, and any charges or arrest warrants would likely be kept under seal.

But the ICC s move has raised fears that Israeli ex-soldiers and politicians could also one day become subject to international arrest warrants. Sharvit Baruch said she had spoken to soldiers about the potential threat.

“They are really concerned, they are afraid of being arrested tomorrow,” she said. “I tell them not to worry, that they were just low-level soldiers… but the fear is there.” Over a decade ago, Israel boycotted a UN committee that looked into the 2008-09 Operation Cast Lead, a 22-day operation in Gaza that killed 1,440 Palestinians and 13 Israelis.

Published in late 2009, the so-called Goldstone Report accused both Israel and Hamas of war crimes and “possibly crimes against humanity”. Now, as then, there are supporters of taking a more pro-active line with investigators and lawyers.

“It seems that Israel will have excellent arguments to disprove the allegations of war crimes, provided those arguments are actually presented,” commentator Ben-Dror Yemini wrote in Yediot Aharonot, Israel s top-selling daily.

“Israel erred in the past by failing to present its arguments to the Goldstone Committee. We need to hope that Israel will find the way not to repeat that mistake.” = DNA