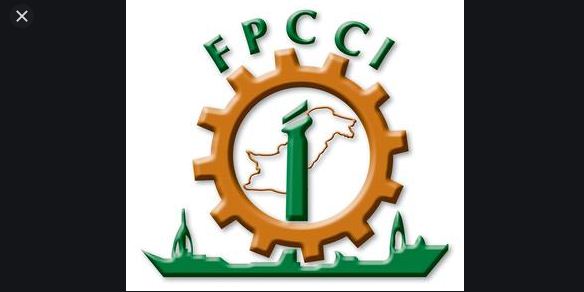 KARACHI, MAR 6 – The Federation of Pakistan Chambers of Commerce and Industry has asked the government to put industry on priority for consistency in exports and a long-term economic growth, as the trade deficit has posted double-digit growth, widening by over 10% to $17.54 billion in the first eight months of 2020-21.

“The economic managers were boasting of their performance on the plea of current account balance, which remained surplus till Oct 2020 on the back of a sustained increase in remittances and a smaller trade deficit. But now the trade gap has been widening since Dec 2020, as it has swollen by almost 24% to $2.52 billion in Feb 2021 mainly due to decline in exports and soaring imports,” observed FPCCI’s ruling group BMP Chairman Mian Anjum Nisar. He was talking to a trade and industry delegation, who met him here in his office today.

This is the second consecutive month that country’s exports have been dropping from their previous levels, as the $2 billion worth of export receipts were the lowest in five months, he said and added that the exports had started picking up early this fiscal year and peaked to $2.4 billion in Dec, prompting jubilations by the government. Now this proved to be a short-term achievement, as the exports again started sliding towards a normal range of $2 billion, he added.

Mian Anjum Nisar observed that country’s exports have long remained around $2 billion a month and the trend did not significantly change despite 30% currency depreciation by this government during the past two and a half years. The Businessmen Panel (BMP) Chairman said the low exports volume and rising trade deficit were chronicle issues which should be resolved permanently. He said exportable items should be produced in accordance with the international demand to fully exploit the benefit of GSP-Plus status. He said that several industries and sectors were neglected in past. He said decisions should be made in national interest, keeping aside the personal agenda.

Mian Anjum Nisar called for a holistic approach to speed up economic growth, as COVID-19 has adversely impacted the world’s economy as well as Pakistan’s trade and industrial sectors.

“With a view to achieve consistency in current account surplus for a long period without compromising industrial growth the government will have to focus on increasing the exports and put the business and trade issues on priority, otherwise, the economic problems and balance of payment could further disturb with the growing trade deficit,” said FPCCI ex-president.

The increase in exports during previous months were due to temporary shifting of global trade from China towards South Asian countries and replenishing the dried inventories by the buyers in the US and Europe after the global economy gradually started recovering from the effects of Covid-19. Quoting the PBS, he said that on a month-on-month basis, the exports decreased by over 4.5% to $2.04 billion. As a result, the trade deficit further widened by 24% in Feb. He said the central bank’s data for the first seven months showed 3.8% decline in exports. Instead of resolving the issues, the government has been claiming huge success on the exports front through social media propaganda.

The government has already missed the annual export target in its first two years. For the current fiscal year, it has set the export target at $22.7 billion, which will require 6.2% growth. This seems an uphill task now; given the fact that the little growth in exports has been disputed by the SBP while exports in the first half were equal to only 72% of the annual target.

He said the government has to formulate long-term and consistent policies for the revival of industry and considerable improvement in exports, as contrary to regional countries, Pakistan’s exports have remained stagnant during the past 40 years, and unless attention was paid to all factors that hamper industrial and exports growth, the country might not be able to achieve desired results. Some of the impediments to industrial growth include cost of production, poor governance, obsolete technology, lower productivity, lack of competitiveness, supply constraints, and energy issues. He said that the current export portfolio is marred by a lack of diversification, as few products are exported by some exporters to limited markets. So, a major enhancement in exports requires huge and wide structural reforms.