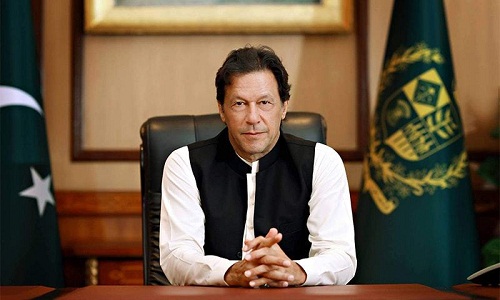 ISLAMABAD, MAR 06 (DNA) – Prime Minister Imran Khan Saturday said corruption was the biggest problem for the country, and his government would support the judiciary and the National Accountability Bureau (NAB) for convicting the corrupt politicians.

Speaking in the National Assembly after winning the vote of confidence, he said, “The society has to fight against corruption and decide it will not allow corruption. We have to raise our moral standards to fight the menace, and create a fair and just society.”

The prime minister sought the support of society in the fight against corruption to save the future generations from the corrupt politicians, who had been looting the country for the last 30 years.

He said Pakistan was not made for the billionaires like Nawaz Sharif and Asif Ali Zardari. The latter was known as a corrupt person and the former was declared a proclaimed offender after he left the country after looting the public wealth.

Nawaz Sharif, who went abroad on medical grounds, was now making political plans and delivering speeches from there, he added. Imran Khan said both Nawaz Sharif and Asif Ali Zardari, while in government, plundered the public money and took the country’s debt from Rs 6,000 billion to Rs 30,000 billion.

The corruption cases against the two persons were made in the previous regimes, he remarked. He said Yousaf Raza Gilani (as prime minister) refused to write a letter to the Swiss authorities on the court’s orders for the recovery of $ 60 billion stashed in the bank accounts of Switzerland.

Now the thieves and corrupt elements were trying to put pressure on him to get an NRO (National Reconciliation Ordinance), but he would continue his fight against them, he stated.

The prime minister thanked his party Pakistan Tehreek-e-Insaf (PTI) and allies for their support. The PTI would emerge more strong after the present difficult time, he added. = DNA