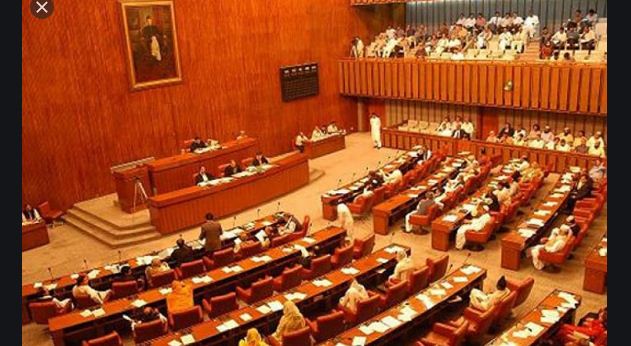 ISLAMABAD: The government has reportedly offered six seats to the Opposition in the upcoming March 3 Senate election in the Balochistan Assembly, sources said Monday.

The proposal was reportedly brought to opposition lawmaker Ghafoor Haideri of the JUI-F by incumbent Senate Chairman Sadiq Sanjrani.

Sources said that an emergency meeting was convened at BNP-M chief Akhtar Mengal’s residence in Quetta to discuss the matter shortly therafter.

The development came hours after the Supreme Court of Pakistan opined that the Senate election is held “under the Constitution” and thus cannot be conducted through an open ballot, as per the government’s demand.

However, it also said that the secrecy of the ballot is not “absolute” and that the Election Commission of Pakistan can employ technology and seek help from federal agencies to ensure that the elections are held in a free and fair environment and guarded against any corruption.

The proposal also mirrors a similar arrangement made recently in the Punjab Assembly, where five candidates each from the PML-N and PTI and one candidate from the PML-Q were declared elected to the Senate seats by default.

The unusual result was the fruit of an understanding between the government and the opposition which saw them both withdraw their challengers to each others’ seats in favour of a division of seats that was representative of the party positions in the province.