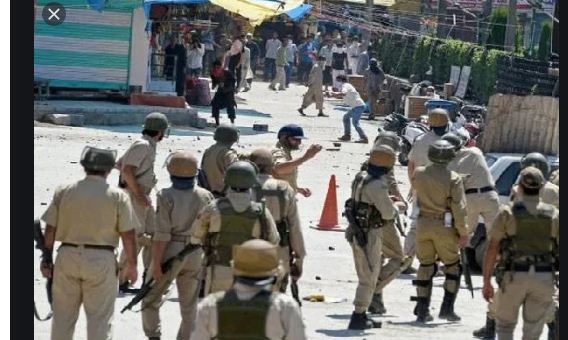 ISLAMABAD, Feb 06 (DNA): The Malaysian Consultative Council for Islamic
Organization (MAPIM) and Pakistani Friends of Kashmir Saturday gifted
blankets for their Kashmiri brethren as an expression of solidarity on
the occasion of Kashmir Solidarity Day.

A simple ceremony was held at Kashmir House where the President of AJK,
Sardar Masood Khan received the blankets, handed over to him by the
former High Commissioner for Pakistan to Malaysia, Mr. Mohammad Nafees
Zakaria, on behalf of MAPIM and other Pakistani donors. The aid is
particularly meant for the refugees from Indian Illegally occupied Jammu
and Kashmir (IIOJK).

On the occasion, the President AJK, Sardar Masood, expressed his
profound thanks to MAPIM’s President Haji Mohd Azmi, Malaysian people
and Pakistani Friends of Kashmir for their moral and humanitarian
support to the Kashmiris. Mohd Azmi, he said, was a statesman of
international standing who was had also planned to establish direct
relations between Malaysia and Azad Kashmir. This plan would again pick
up momentum after the Covid pandemic, he said.

Masood Khan appreciated Malaysia’s consistent and valuable support to
the Kashmiris, both at the level of Malaysian leadership and its people.
He also expressed his profound gratitude to Mr. Mohammad Nafees Zakaria
for his efforts in bringing Malaysia and Pakistan closer. He recognized
the Ambassador’s strong and steadfast efforts to advocate and plead the
case of Kashmir during his various diplomatic assignments around the
globe.

Earlier this month, MAPIM had presented a cheque of RM 50,000, as a
gesture of solidarity and humanitarian assistance to the Kashmiris in
Indian Illegally Occupied Jammu & Kashmir (IIOJK), at a ceremony
attended by the incumbent High Commissioner for Pakistan to Malaysia,
H.E. Amna Baloch as Chief Guest.

In its efforts to muster broader support for the Kashmir cause, MAPIM
has established its Friends of Kashmir Youth Forum and ASEAN Friends of
Kashmir.

While the plight of Kashmiris spans over seven decades, the Indian
military siege of Kashmiris since 5th August 2019, has raised deep
concern among the Muslim countries over the perpetual genocide of
Kashmiri Muslims that has been taking place to primarily change the
demography in IIOJK.

The communication blockade and reports of arbitrary detentions,
extra-judicial killings, enforced disappearances, sexual harassment,
inhuman treatment and destruction of the properties of Kashmiri Muslims
in IIOJK have prompted UN Rapporteurs to warn the Indian government and
stop atrocities committed by the India occupation forces with impunity
against defenceless Kashmiris.