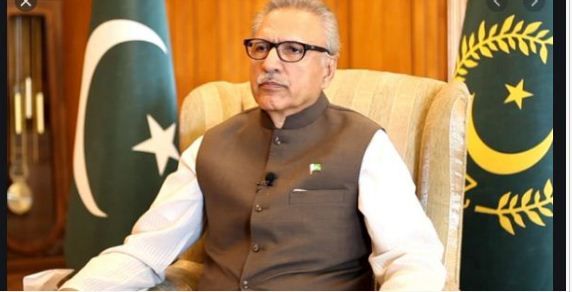 According to the Ordinance, changes have been brought to Sections 81,
122 and 185 of the Constitution. The ordinance will come into force “at
once” and “extended to the whole of Pakistan.”

Amendment of section 122, Act XXXIII of 2017 – “In the said Act, in
section 122, in sub-section (6), for the full stop at the end. a colon
shall be substituted and thereafter. the following two provisos shall be
added:

“Provided that in case the Supreme Court of Pakistan gives an opinion in
Reference No 1 of 2021 filed under Article 186 of the Constitution that
elections for the members of Senate do not fall within the purview of
Article 226 of the Constitution, the poll for elections for members of
the Senate to be held in March, 2021 and thereafter shall be conducted
by the Commission through open and identifiable ballot

Amendment of section 185, Act XXXIII of 2017 – “In the said Act, in
section 185, for the word “an”, the expression “subject to section 122,
an” shall be substituted,” the presidential ordinance added.

It may be noted here that the presidential reference is also being heard
by the Supreme Court (SC) pertains to the organisation of Senate polls
through an open vote.

Earlier, Pakistan People’s Party (PPP) Chairman Bilawal Bhutto Zardari
said that the ordinance for holding Senate elections through open ballot
is a proof of panic, showing the government’s distrust in its own MPAs.
Attempts are being made to make the Upper House elections controversial,
he added.

He said the government has not had a serious discussion with any party.
If the decision had been taken at the right time, legislation would have
been passed. The government has not adopted a democratic method and is
trying to deprive the people of their rights, said Bilawal.