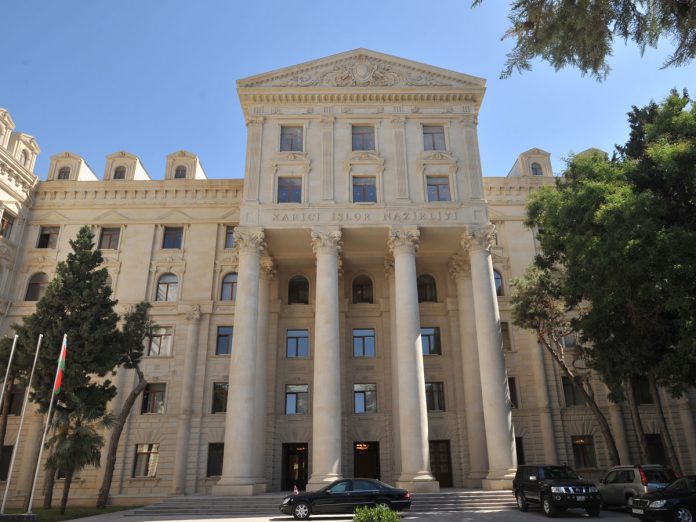 BAKU, (DNA) – The Armenian leadership must finally understand the reality that Azerbaijan will never allow to constantly keep the situation in its current form, the spokesman of the Azerbaijani Foreign Ministry Hikmat Hajiyev told.

“The deliberate shelling of civilians and objects against the norms of morality and international humanitarian law has become common for the Armenian armed forces and is part of their combat training as an asymmetric tactic.

According to Hajiyev, the Armenian leadership, faced with serious problems, struggle for power within the country, resorting to political demagoguery and military provocations, continues to play with fire and tries to deliberately aggravate the situation.

“‘Former guardsmen’, who are in the ranks of the Armenian armed forces, also continue to play a role in escalating the situation.

The Armenian leadership must finally understand the reality that Azerbaijan will never allow to constantly keep the situation in its current form. Responsibility for the steps that Azerbaijan will be forced to take, applying the inalienable rights based on the resolutions of the UN, will completely fall on Armenia,” the spokesman said.

The conflict between the two South Caucasus countries began in 1988 when Armenia made territorial claims against Azerbaijan. As a result of the ensuing war, in 1992 Armenian armed forces occupied 20 percent of Azerbaijan, including the Nagorno-Karabakh region and seven surrounding districts.

The 1994 ceasefire agreement was followed by peace negotiations. Armenia has not yet implemented four UN Security Council resolutions on withdrawal of its armed forces from the Nagorno-Karabakh and the surrounding districts.