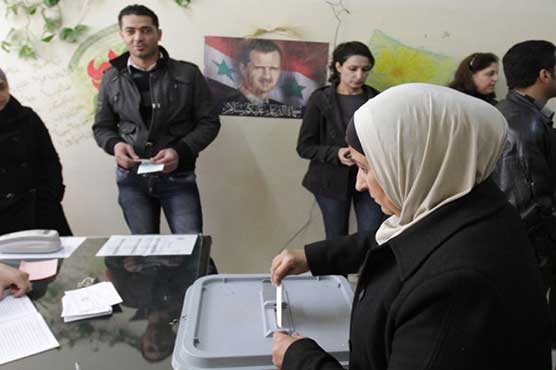 DAMASCUS, (DNA) – Voting began across government-controlled parts of Syria on Sunday for the war-ravaged country’s first local elections since 2011.Polling booths opened at 7:00 am (0400 GMT) and are expected to stay open for 12 hours.”Voting centres opened for citizens to cast their ballots to elect their representatives in the local administrative councils,” .

Syrian state television broadcast footage of voters around Damascus and in the coastal government bastions of Tartus and Latakia dropping their ballots into plastic boxes as election officials looked on.

Syrian troops now control around two-thirds of the country after scoring a series of military victories in recent months, including around Damascus and in the country’s south.

Voting was expected in some of the recaptured areas.

The number of seats had slightly increased from the roughly 17,000 open in the last elections, as smaller villages had been promoted to fully fledged municipalities.

The councils operate at the municipal level, and newly elected representatives are expected to have more responsibilities than their predecessors, especially those linked to reconstruction and urban development.

It held parliamentary elections in 2016 and a presidential vote in 2014 that renewed President Bashar al-Assad’s rule for another seven years.