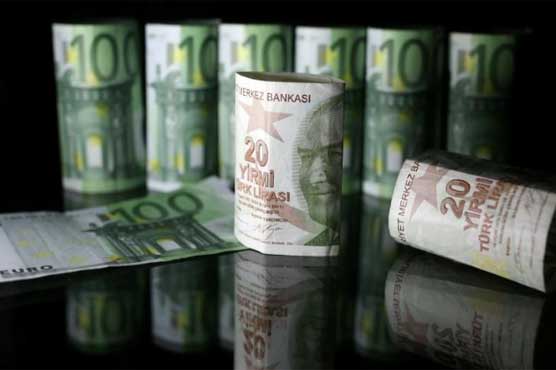 SYDNEY, (DNA) – Turkey’s lira recouped some of its losses as the country’s central bank took steps to stem the currency’s freefall while Asian shares were a sea of red as investors fled to safer assets such as the dollar, Swiss franc and yen.The run from risk dragged MSCI’s broadest index of Asia-Pacific shares outside Japan down 1.5 percent to a near one-year low. Japan’s Nikkei lost 2.0 percent with every bourse in the region in the red.

EMini futures for the S&P 500 were off 0.3 percent, while 10-year Treasury yields dipped further to 2.85 percent. Spread betters pointed to a subdued start for European shares with London’s FTSE futures down 0.4 percent.

Much of the action was in currencies with the euro gapping lower as the Turkish lira took another slide to all-time lows around 7.2400.

The lira did find a sliver of support when Turkey’s central bank said it had lowered reserve requirement ratios for banks. It also said it would take all necessary measures to maintain financial stability.

The currency has tumbled on worries over Turkish President Tayyip Erdogan’s increasing control over the economy and deteriorating relations with the United States.

“The plunge in the lira, which began in May, now looks certain to push the Turkish economy into recession and it may well trigger a banking crisis,” said Andrew Kenningham, chief global economist at Capital Economics.

“This would be another blow for EMs as an asset class, but the wider economic spillovers should be fairly modest, even for the euro zone,” he added.

Kenningham noted Turkey’s annual gross domestic product of around $900 billion was just 1 percent of the global economy and slightly smaller than the Netherlands.

The Turkish equity market was less than 2 percent of the size of the UK market, and only 20 percent was held by non-residents, he added.

“Nonetheless, Turkey’s troubles are a further headwind for the euro and are not good news for EM assets either.”