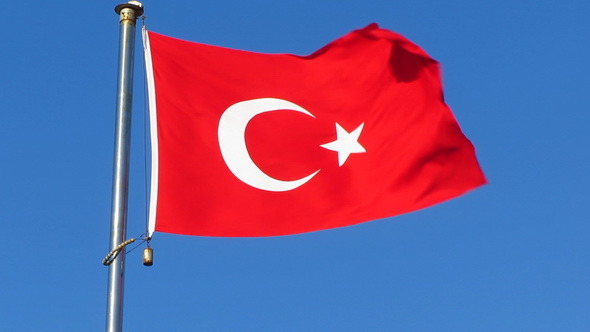 The escalating US-Turkish spat, with tit-for-tat sanctions being imposed, raises the question of whether we are witnessing the end of the US-Turkish alliance that has been a feature of Middle East politics for decades.Scenes of Turks burning dollar bills might suggest so, as might US sanctions on both the Turkish interior and justice ministers.
Before getting too involved in tracking the fusillade of hostile statements and tweets between the two leaderships, a careful assessment of the long-term strategic interests of those involved is salutary.

If you ignore the current acrimonious atmosphere and take a long-term view, with a sound historical perspective, perhaps US-Turkish relations might not disintegrate in flames as some predict, some hope and some fear.

Common interests remain. Both countries are NATO members, with Turkey second to the US in terms of the size of its armed forces. The US sees Turkey as having a vital role in the fight against terrorism and influencing events in Iraq and Iran. Turkey was a bulwark against the southward expansion of the Soviet Union during the Cold War, providing the US with key military assets, including the use of the base at Incerlik.

Yet now Turkey is flirting with Russia by purchasing the S-400 missile system, refusing to buy from within NATO.
Russia has long coveted Turkey, even going back to the era of the Ottoman Empire.

Like other European powers, it deployed its own minorities and Eastern Orthodox Christians as a means of undermining the empire.

Russia needed access to the Mediterranean and craved warm-water ports, all of which depended on relations with Turkey.

In the early years of the Soviet Union, Turkey was close to Moscow, the latter having backed the Kemalists. However, Turkey was put off by Joseph Stalin’s demands for Soviet bases on Turkish soil. Turkey was very much in the Western camp post-World War II, even if relations were fractious at times, not least when Ankara decided to refuse the US request to use Turkey as a base from which to attack Iraq in 2003.

The US-Turkey relationship is in a state of disrepair and both sides should embark on some effective and energetic diplomacy to stop the rot.

As US influence in Turkey declines, Vladimir Putin hopes to see a comparable rise in Russian influence. Turkey already receives a considerable amount of its energy from Russia.

To the displeasure of the American administration, Turkey refuses to join the US-orchestrated sanctions on Iran, as it instead appears intent on resuming what was a flourishing trading relationship. Iranian oil and gas are also vital for energy-poor Turkey.

And do not forget that the EU is by far and away Turkey’s largest import and export market, dwarfing trade with both the US and Russia.
Most intriguingly, Turkey, Russia and Iran have, despite their acute differences regarding the future of the Syrian regime, worked together on the ground in Syria through the Astana process.

This had followed a furious row after Turkey shot down a Russian plane on the Turkish-Syrian border in November 2015. These three powers are the most potent military forces in western Syria.

Russia has acquiesced in Turkey occupying a strip of northern Syria, and deals were made over Aleppo, where Turkey effectively withdrew, and also Afrin, which it occupied. Turkey’s primary concern in Syria has always been to prevent not just Kurdish independence but also autonomy. The Syrian regime and its backers played on this, well aware of how to manipulate Turkish sensibilities.

That said, in the months to come, many assume a Syrian army assault on Idlib is on the cards. How this is orchestrated with Turkey will reveal just how the geopolitics of the region have been shaken up. What price will President Recep Tayyip Erdogan demand for abandoning the Syrian Arab opposition he has backed intermittently since 2011?
But do not write off the US-Turkish relationship just yet. For sure, Erdogan was furious over the Obama administration’s reaction to the 2016 attempted coup and the continued American refusal to hand over Fethullah Gulen, whom it holds responsible.

Putin, in contrast, stood in total solidarity with Erdogan after the attempted coup. The US also has its frustrations that are deeper than just the fate of American pastor Andrew Brunson, who was arrested on charges of spying. Many would like to see more pressure on Erdogan to improve his human rights record and ensure full democratic practice.

Right now, though, it plays well domestically for both leaders to clash. Donald Trump is looking at November’s mid-term elections and has to keep the Christian evangelical right happy. Erdogan knows that blaming the US for Turkey’s economic woes is a potent distraction from his government’s own mishandling of the economy, which predates this altercation.

The reality is that the US offers far more in the long run than Russia. The latter has a history that shows more serious interventionist ambitions in Turkey than the US. Russia and Turkey’s interests also clash in the Black Sea and South Caucasus. Ankara being a member of NATO limits Russia’s ability to dominate Turkey.

What is more likely is that Turkey will maintain a balancing act between the US and Russia, playing them off against each other and keeping some form of delicate equilibrium between the two. This is a more logical post-Cold War approach than being hitched to one side or the other. That said, the US-Turkey relationship is in a state of disrepair and both sides should embark on some effective and energetic diplomacy to stop the rot.