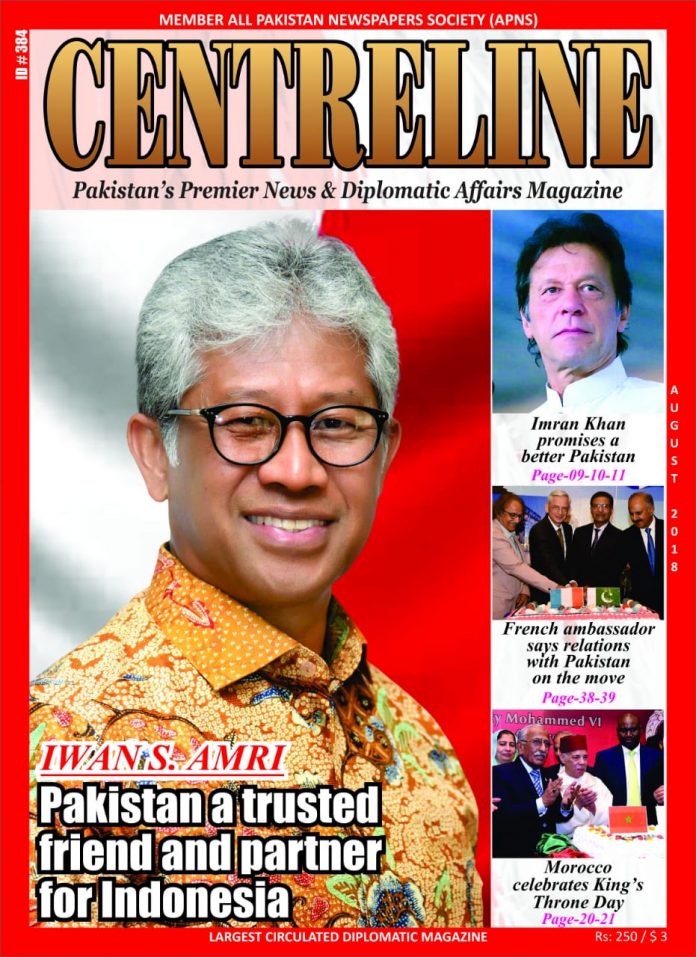 How would you describe political and cultural relations between Pakistan and Indonesia and how can these relations be further cemented?

Indonesia and Pakistan enjoy a unique and interesting history of close bilateral relations, which existed even before the independence of the two countries. The people of the two nations were also connected to each other during their freedom struggle from the colonial rule.

The formal diplomatic ties were established soon after the independence of Pakistan and in October 1947, when Indonesia opened its first representative office in Karachi. After two years, that office was elevated to the status of the Embassy, which became fully functional in Karachi in 1950.

During this long period, we have successfully maintained a positive momentum of growth in our productive relationships a result of continuous efforts from the leadership of both sides.Especially in the last two decades, there has been significant development in political, economic and defence ties as new agreements and MoUs have been signed.With its unique geo-strategic position, Pakistan is a trusted friend and partner for Indonesia in South Asian region. The recent state visit by the President of Indonesia Mr. Joko Widodo to Pakistan in January 2018 reflects our strong desire to expand bilateral cooperation in multiple spheres. 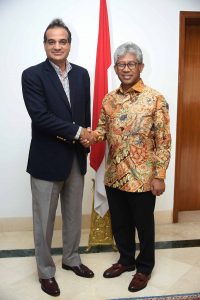 Meanwhile. some important achievements in our bilateral cooperation are signing of Preferential Trade Agreement in 2013, Defence Cooperation Agreement (DCA) in 2010, Joint Working Group to combat terrorism, MOUs to expand cooperation in the energy sector and to promote educational linkages. During my tenure, some positive developments to enhance ties are the accomplishment of the 1st Bilateral Political Consultative Forum in 2017, Joint Committee meeting as a follow up of the Defence Cooperation Agreement, relaxation of visa requirements for Pakistani citizens, MoUs with travel agencies to boost tourism and MoUs with universities to promote educational linkages. In addition, the Foreign Ministries of both sides have initiated a Policy Planning Dialogue for the first time and its first meeting was held in Islamabad in July 2018. Keeping in view the present pace of momentum and developments, I see a very promising future for our bilateral trade relations in the coming years.

As regards bilateral cultural relations, I believe that we must capitalize on similarities and reinforcing our common values. We share many cultural similarities as the people of the two countries are strongly influenced by traditions and enjoy a diverse cultural heritage. Both Indonesia and Pakistan have attractive and colourful shades of culture. Both are peace loving nations and religion plays an important role in the lives of our people with a deep respect for religious and social values. I believe that strong interaction through cultural exchange programs can bring the people of two countries closer to each other.

Considering the dynamic growth and vast integrated market of South East Asia, I believe that Pakistan’s “Look East“ policy can surely pay dividends. However, to utilize this huge existing economic potential, intensive diplomatic efforts for more progressive engagement are required. Although prospects of cooperation with ASEAN member states are bright as Pakistan has acquired the membership of ASEAN Regional Forum (ARF), acceded to the Treaty of Amity (TAC), signed a joint declaration to combat terrorism with ASEAN but economic activity is so far below the expectations. Pakistan’s exports to ASEAN are US $ 0.993 billion and imports from ASEAN are US $ 6.181 billion. Meanwhile, it is predicted that by 2020, seven of the top ten world economies would be in East Asia alone that signifies its vital economic strength.

However,we do understand that due to distance and geo-political situation in South Asia, it is quite logical for Pakistan to focus on neighboring countries. But it is also important to keep an eye on South East Asia’s progressive growth, which is also expected to be the next economic power house of the world. In addition, the growing importance of Indian Ocean Region (IOR) in terms of connectivity and expanding trade activities will also have a significant impact on the Pakistan’s economy in the near future. Therefore, further consolidation of ties between East Asian states and Pakistan would be economically very beneficial for a comprehensive partnership.

Indonesia is a big market of 250 million people and the 16th biggest economy of the world on GDP basis while Pakistan is on number 42 in the list. Indonesia is a part of E-7 group (Emerging Economies) as well as of N-11 (next Eleven)group with a projected GDP growthat 5.3 percent in 2018. The members of these groups have a high potential of becoming the world’s largest economies in the 21st century. Interestingly, the recent PWC report has predicted that by 2030 Indonesia’s GDP at PPP ranking will be number 5 while Pakistan’s ranking would be 22nd in the world. The main reasons for the sustained development of Indonesian economy are political stability through democracy, high credit ratings from world’s top financial services, sound macroeconomic policies, development of SMEs, improved infrastructure and investment friendly environment.

The Indonesian region is a diverse region and despite this diversity, we are held together by our belief in unity in diversity. We have a very delicate balance in our constitution on the notion of a nation state.The importance of religious values in contributing to the unity of country is acknowledged and maintained while respecting diversity at the same time. I would also like to mention here that Indonesia is not an Islamic state since our founding fathers decided that Indonesia would remaina religious nation state where the values of religion are conducting by the government and respected by its followers to promote harmony. Officially six religions are recognized and the Indonesian Constitution recognizes and grants equal rights to the people with different religions. We have a multi-ethnic and multi-religious society and the marked feature of our society is national unity and religious tolerance through community based efforts, which are at the core of our economic development.

I believe that in the area of bilateral trade, progress is encouraging and satisfactory but there is always a room at the top. Therefore, we continue to strive for further expansion o four economic cooperation. Recently, Indonesia has granted 20 additional tariff lines to Pakistan to improve trade balance. Moreover, we must know each other’s trade potential better through enhanced connectivity and exchange of information. There would also be a PTA review meeting in the coming August and we are working for elevating it to a limited FTA on trade and goods. In 2016, the bilateral trade volume was US$ 2.17 billion and it went up 21.31% to US$ 2.63 billion in 2017, the highest bilateral trade volume in five years as well as the highest among the ASEAN countries. Besides, the number of Pakistani people travelling to Indonesia increased about 18, 3% from 2919 people in 2016 to 3456 people in 2017.

For more robust trade ties, strong interaction between Chambers of Commerce and Industry, participation of businessmen in trade exhibitions, sharing of data and trade information and signing of MoUs could play an important role.

The Trade Expo Indonesia (TEI) is hosted annually by the Directorate General National Export Development of the Ministry of Trade of the Republic of Indonesia. The 33rd TEI is the largest business-to-business trade event to be held from 24-28 October this year with the theme “Creating Products for Global Opportunities” to showcase premium Indonesian products. In 2017, the Expo was attended by some 4,500 buyers from 79 countries, recorded total trade deals worth $1.2 billion.

This event is an excellent business platform for buyers, traders, investors and business visitors from around the world. The Indonesian Embassy Islamabad invites and facilitate all Chambers of Commerce and Industry in Pakistan for participation in this Expo every year. I am glad to see the growing interest of the Pakistani business community in this Expo and we are expecting a good number of visitors from Pakistan in this year as well.