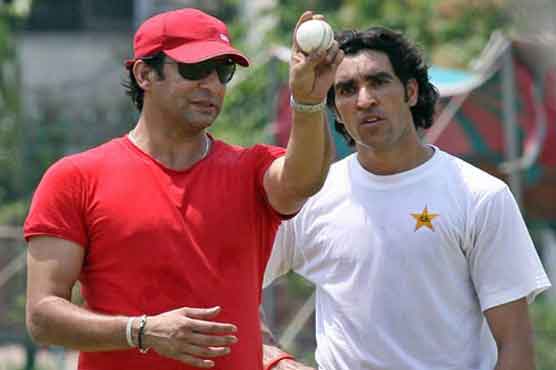 ISLAMABAD, (DNA) – With Imran Khan coming into power, there were speculations on revamping Pakistan’s cricket regulatory body – Pakistan Cricket Board (PCB) – as the former cricketer has always talked about. the Sultan of Swing Wasim Akrammay be appointed as the next PCB Chairman.

The website quoted a family resource, saying that Wasim is the frontrunner for the post. Imran Khan and the current PCB Chairman Najam Sethi do not get along well as the former all-rounder believes that the cricketing body must be run by a former cricketer without any nepotism.

The source also said that the two legends are aiming to improve the game in the country:

Wasim is a frontrunner for becoming next PCB chairperson. He’s been associated with IK since both legends used to play cricket for Pakistan and now both are ready to take country to new heights.

There has been no confirmation regarding the matter from the legend pacer’s wife Shaniera Akram, who is quite vocal on the social media, or by himself.

Earlier, the cricketer landed in Pakistan after taking an overnight flight before the General Elections to cast his vote.

It may well be too early to call this, but there is definitely a possibility for a revamped PCB. Wasim is an ardent supporter of the revival of Indo-Pak cricketing ties and it may bode well for the die-hard fans from the neighboring countries who would love to see their players in bilateral fixtures.