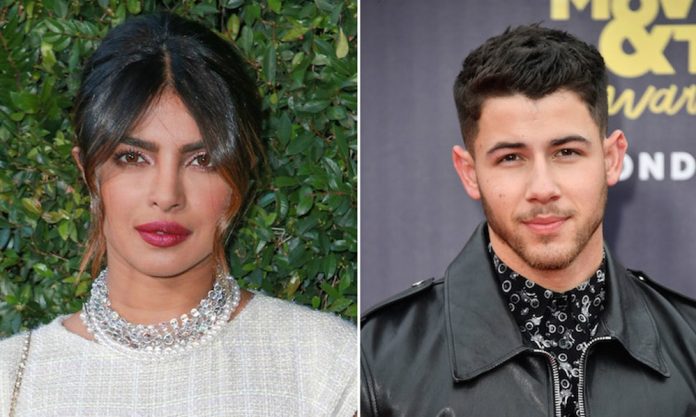 LONDON, (DNA) – Priyanka Chopra has apparently said yes to beau Nick Jonas’ proposal after two months of dating.the couple got engaged last week when the former Disney star got down on one knee on the Quantico star’s 36th birthday in London.While the representative of the two have kept mum, a source reveals that the couple is extremely happy.

“They are so happy,” a source told People. “His friends and family have never seen him like this, and they’re all really excited for him. He’s definitely very serious about her.”

Last night, Ali Abbas Zafar, the director of Chopra’s upcoming film, Bharat also revealed that the Baywatch starlet is not going to be a part of superstar Salman Khan starrer any more. Zafar broke the news saying the reason for her opting out in the “Nick of time” is “very special”. Zafar took to Twitter on Friday to announce the new development.

“Yes Priyanka Chopra is no more part of ‘Bharat’ and and the reason is very very special, she told us in the Nick of time about her decision and we are very happy for her… Team ‘Bharat’ wishes Priyanka Chopra loads of love and happiness for life,” he tweeted.

Do we need anymore proof?

Details about the star coming in place of the former Miss World have not been revealed yet.

It seems that since they got together, the two have been pretty much inseparable, heading to dates in both New York City and Los Angeles and even travelling to India together in June so that Jonas could meet Chopra’s mother.

If these reports are true, there are now two Jonas brothers engaged at this time—with Nick’s brother Joe proposing to his Game of Thrones girlfriend, Sophie Turner late last year.