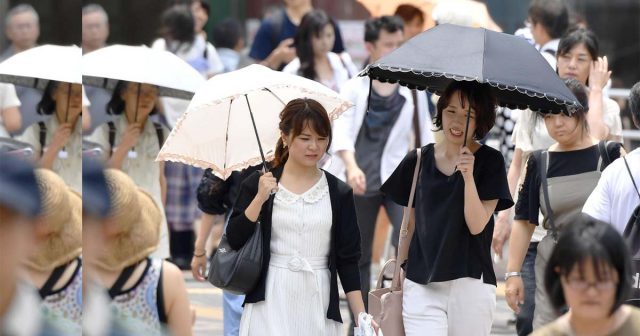 TOKYO, (DNA) – Japan’s severe heatwave killed at least 15 people and sent more than 12,000 to the hospital in the first two weeks of July, official figures show as the temperature neared 40 degrees C (104 F) in many cities on Sunday.Twelve people died of heatstroke in the week ending July 15 after three perished in the preceding week, according to the latest data.

More than 9,900 people were rushed to the hospital during the week to mid-July, jumping from 2,700 in the previous week, the Fire and Disaster Management Agency said. The scorching weather shows no signs of easing.

A total of 3,091 ambulances were dispatched in Tokyo on Saturday, a record for a single day, it said.

It hit a local record of 39.8 degrees C in the central city of Gujo Sunday afternoon, while in some parts of Tokyo the temperature rose past 37 degrees.

The weather agency issued a warning of extraordinarily high temperatures for most regions of Japan’s main island.