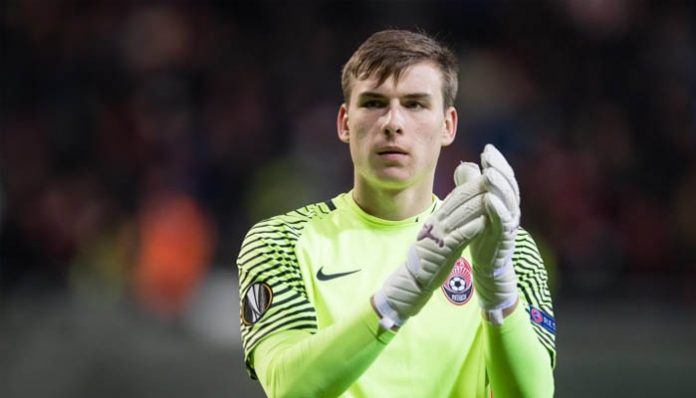 MADRID: (DNA) –  Real Madrid have signed 19-year-old goalkeeper Andriy Lunin from Zorya Luhansk, the European champions announced on Saturday.”He is distinguished by his size, 1.91 metres (6´3″), and has signed for six seasons,” Real wrote on their website, adding that Lunin was “young but experienced,” having already made his international debut.According to the Spanish press, Lunin will start with Real Madrid Castilla, the club´s B team which plays in the Spanish second division.

With the club also pursuing Brazil´s World Cup goalkeeper Alisson Becker of Roma, who is 25, the youngster´s arrival increases the pressure on Costa Rican Keylor Navas, who started for Real in the Champions League final and is 31.

In the short term, Lunin could be a replacement for 20-year-old Frenchman Luca Zidane, who was third-choice goalkeeper last season when his father, Zinedine was coach, but Zidane senior has left.