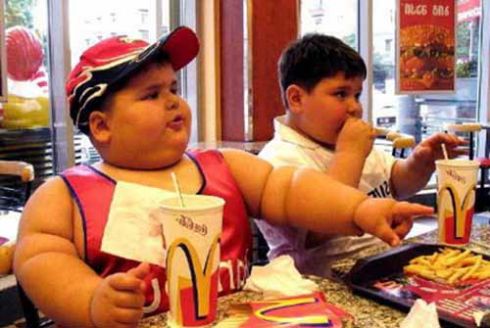 NEW YORK, APR 05 (DNA) – Although being overweight as a child increases the risk of type 2 diabetes in adulthood, a new study shows that the extra risk disappears if that excess weight is lost by age 13 and kept off in early adulthood. “Until our study came along, it was known that weight reduction in adulthood could reduce the risk of type 2 diabetes,” coauthor Dr. Jennifer Baker said in an interview.

“Ours is the first and largest to show if we do this before puberty – and this is a great time for intervention and prevention because children are in school – you can reduce future risks of this disease.”

But the study of more than 62,500 Danish men, detailed in The New England Journal of Medicine, didn’t test whether efforts to get children to lose weight lowers the risk. It simply used registry data to track weights at ages seven, 13 and in early adulthood to look for correlations to diet-dependent diabetes by age 30 to 60.

What they found was that more time spent having a normal weight generally provided more protection.

“There’s a constant reduction in risk” if the weight stays off longer, said Baker, an associate professor of epidemiology at the University of Copenhagen. “The game is never over, so to speak.”

More than 23 percent of children worldwide are regarded as overweight or obese.

Most of the focus of past research has been on obesity, but the new study looked at people who were overweight. “We’re not talking the extremes of obesity,” said Baker. “This is lowering the bar to say we need to be concerned, even if levels are not classified as obese.”

The Baker team found that 72 percent of the males who developed type 2 diabetes between ages 30 and 60 were never overweight.

But in the remaining men, the age when they were overweight made a difference.

Being overweight at age seven, 13 and in early adulthood made it four times more likely that the person would develop diabetes.

Adding extra pounds by the time puberty arrives and keeping them on as an adult posed a 3.87-fold greater risk.

“Since overweight during puberty appears to be a particularly important factor involved in increasing the risk of type 2 diabetes in middle and late adulthood, normalization of BMI (body-mass index) before these ages may reduce this risk,” the researchers said.

People in the study who didn’t become overweight until they became adults, and were at a normal weight at ages seven and 13, faced a risk that was 3.24 times greater.

Among children who became overweight, only the seven-year-olds who lost it by age 13 didn’t have an increased risk.

Youngsters who were overweight at age seven and 13 but lost the extra weight by early adulthood were still 51 percent more likely to develop type 2 diabetes when they grew up.

“We see this as encouraging, that there is hope for the future if we can help these children normalize their weight through exercise and lifestyle changes, not just diet,” said Baker. “The goal isn’t weight loss, but weight normalization, because they’re still growing.”

The team found no link between intelligence or educational levels and diabetes.