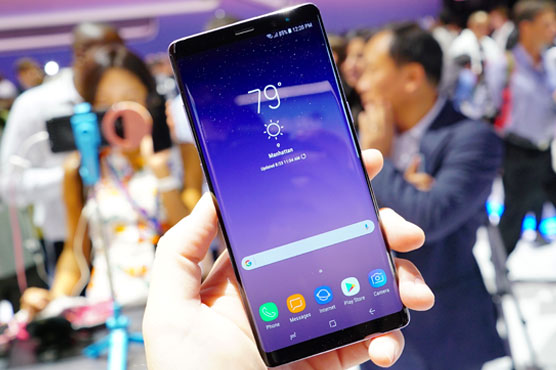 ISLAMABAD, OCT 12 (DNA) : The imports of mobile phones into the country increased by 39.57 percent during the first two months of current fiscal year when compared to the imports of the corresponding period of last year. Mobile phones worth $129.329 million were imported into the country during July-August (2017-18) compared to the imports of $92.707 million during July-August (2016-17), according to the data of Pakistan Bureau of Statistics (PBS). The overall imports of telecoms sector increased by 35.30 percent by going up from $170.667 last year to $230.920 million during the current fiscal year, the data revealed.

The imports of other apparatus of telecoms sector (other than mobile phones) increased by 30.23 percent by going up from $77.960 million last year to $101.528 million during this year.

Meanwhile on year-on-year basis, the imports of mobile phones increased by 30.79 percent during the moth of August when compared to the same month of last year.

On month-on-month basis, the mobile imports however, witnessed decrease of 11.30 percent during August 2017 when compared to the imports of $68.570 in July 2017, the data revealed.

The overall telecoms imports into the country witnessed increase of 21.26 percent and 2.53 percent on year-on-year and month-on-month basis respectively.

POL PRICE HIKE WILL INCREASE THE MONTHLY BUDGET OF THE COMMON MAN: RCCI