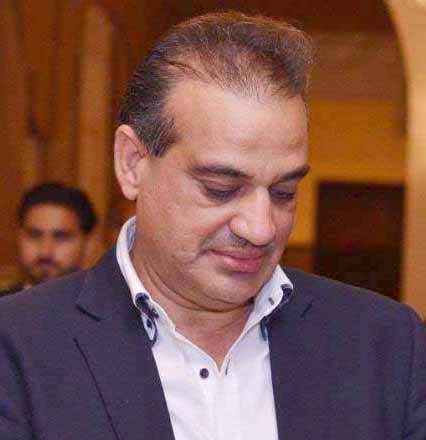 ISLAMABAD: In an unexpected yet judicious move, the PTI Chairman Imran Khan has softened his stance towards America by not blaming the US administration for his ouster anymore. Now, instead of taking the USA name he just says that his government was removed as a result of a conspiracy. The IK postures appears to be an attempt to mend his fences with the super power albeit nobody knows whether this bonhomie would be something permanent or transitory in nature. Ever since his ouster the PTI chairman and the party have been selling the idea to the people that Americans played a key role in dislodging their government. Interestingly, that narrative helped PTI a lot in amassing public support. In that background, some analysts believe the recent shift in policy towards the USA may cost the PTI dearly. Those who had extended whole-hearted support to the PTI simply because it had challenged the super power may be a bit disappointed yet continue to support Imran Khan for there is no better option for them at the moment.

Imran Khan is told by ‘wise men’ that if you want to come to power and sustain in power you have to have good relations with the national as well as the international establishment. Goodwill gestures towards America seem to be an effort towards this end. Imran Khan’s latest interview to a powerful American media house namely CNN was perhaps a first step towards that direction. In normal circumstances, it was simply impossible to see a person deadly against the US administration and still appearing on the most influential national hook up. Of course it was because of some arrangement, which unequivocally showed willingness on the part of the US administration as well to engage with Imran Khan.  Things are moving smoothly since then in terms of bilateral relations between the PTI and the US. Nevertheless, there are still doubts hovering over this arrangement whether this relationship would be strengthened or otherwise in the coming days.

It has been my consistent view that countries like Pakistan cannot afford to have estranged relations with the super power despite the fact that Chinese would never like this idea. Pakistan therefore had to walk always on a tightrope when it has to keep a balance between its relations with the USA and China. The respective governments ultimately prefered to have close ties with China because of the huge economic interests involved. During the PTI government however relations between Pakistan and China became tense since the Imran Khan government wanted a review of all CPEC projects with the contention that ‘massive irregularities’ were committed in those projects. That stance virtually brought all projects to a halt and during those three and half years no work was carried out on even a single CPEC project. Historically Chinese always felt comfortable while working with the PML N governments —- an approach, which many analysts believe had not really helped Beijing.

Regarding PTI-US relations, both sides seem to have realized that a peaceful co-existence suits them both. The US administration has been told that Imran Khan happens to be a reality in Pakistan and perhaps the most popular leader as well. People listen to him despite the fact that he may not always be speaking the whole truth. Therefore whatever he utters about America people would tend to believe him blindly. Realistically speaking, no country can afford this kind of situation especially when it intends to be relevant in that particular country and the region as well. It is an open secret that Americans have huge interests in this region. Afghanistan still remains a source of concern for them. Then to contain China and Iran in this region also makes it incumbent upon them to have friendly relations with countries like Pakistan.

To begin with, the US administration may have expressed Jim jams over the removal of the Imran Khan government, even if it had no role in its removal, but gradually it realized that the move to remove him had backfired. He emerged as a more powerful man. Another factor that went in Imran’s favour was the dismal performance of the PML N and its allies. In a few months they had driven the country to such a pass that people started saying in public the PTI government was much better. The performance of the ruling alliance probably forced the national as well international establishments to review their alignments.

Imran Khan’s fresh approach towards the US has perturbed the PML N and other allied parties. They know very well that if PTI and the US administration become friends then they might be out of the game, therefore all PML N leaders are seen slamming Imran Khan for the shift in his US policy. I think they should not over react to this development. It would expose the futility of the alliance at one hand and on another send a single to their opposite camp as if they had been hit right on the target. They should simply wait and see.

The PTI should keep in mind that friendship with the super power can be counterproductive as well if not taken forward judiciously.  The PTI used to draw all its strength from the narrative it had built against America knowing the fact very well that the anti-American narrative sells quite easily and quickly in Pakistan. So the party needs to handle this sudden shift rather prudently in order to avoid any backlash.

Azam Swati cases: Imran asks SC if Article 14 ‘only applicable to the powerful of the state’