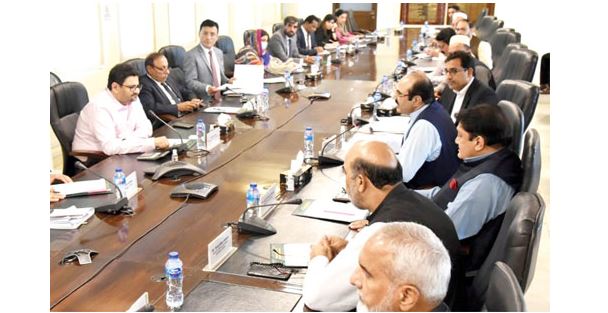 President Markazi Tanzeem-e-Tajraan KP Mr. Sharafat Ali Shah and President Mardan Chambers of Small Traders and Small Industry Mr. Fayyaz Khan shared with the Finance Minister regarding the issues being faced by the Mardan Chambers of Small Traders and Small Industry especially related to imposition of tax on electricity bills, property taxes and sales tax. The Finance Minister was also briefed about the contribution of this sector in the economic development of the country and it was added that the issues of this sector should be resolved at the earliest time possible.

The delegation thanked the Finance Minister for his full support and cooperation.