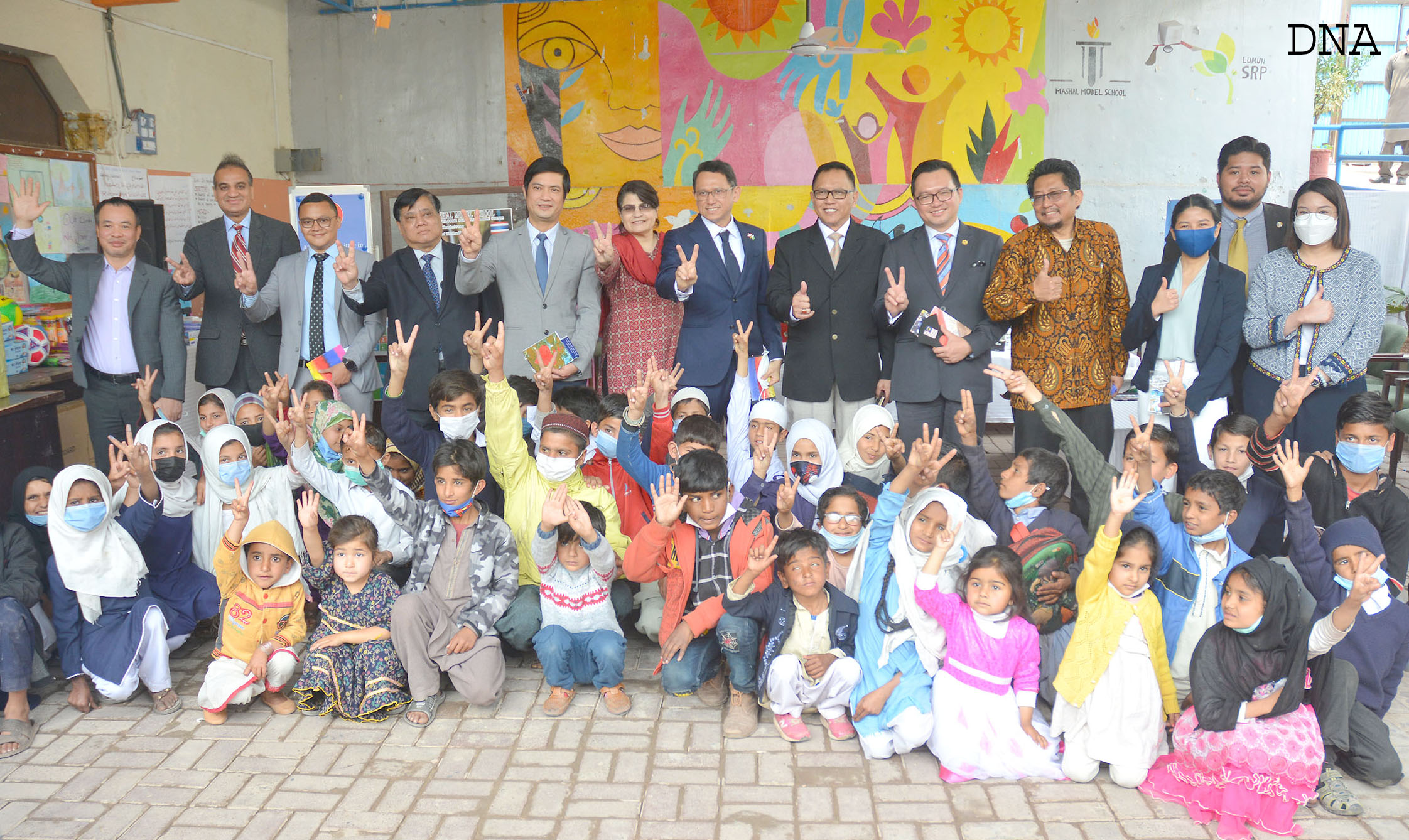 ISLAMABAD:  Ambassador of Thailand Chakkrid Krachaiwong, who is also Chairman of the ASEAN Islamabad Committee, has said people to people contacts are very important and today’s activity truly reflects this aspect.

The ambassador made these remarks during his visit to Mashal Model School in Nur Pur Shahan, Bari Imam. The ambassador was accompanied by the heads of missions of ASEAN countries including Brunei, Malaysia, Indonesia, Philippines, Myanmar and Vietnam.

All missions brought with them gifts and various items for the school children. They remained with the children for quite some time and witnessed various shows presented by the kids. They were also taken to various classrooms in order for them to have an interaction with children.

Ambassador Karachaiwong further said people say that children are an asset of our future but I would say that they are equally important for our present as well. He said Covid pandemic posed some serious challenges for all of us but it does not mean that we should have stopped doing good things such as the one we are doing right now.

Zeba Hussain Director of Mashal Model School in her opening remarks told that the school was founded in 2008 and is a nonprofit organization under section 45 C Charities Act. She added, it is a registered trust with the govt of Pakistan. She said many children in Pakistan do not have access to education. In the urban slum area of Bari Imam, thousands of children are internally displaced persons with no state ID living below the poverty line.