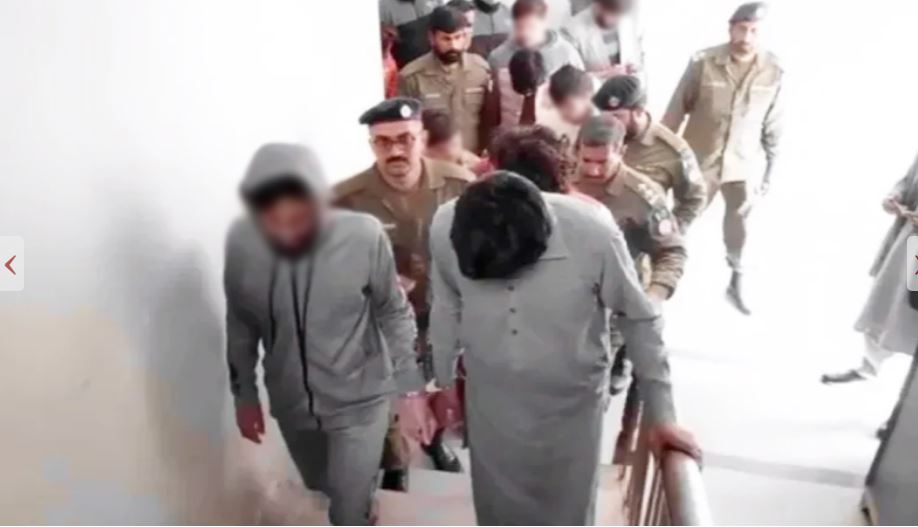 Sialkot: The Punjab police on Sunday identified and arrested six more of the main alleged culprits involved in the lynching of 49-year-old Sri Lankan factory manager Priyantha Kumara in Sialkot over blasphemy allegations.

A mob comprising hundreds of protestors, including the employees of the factory Kumara was the manager of, had tortured him to death on Friday and later burnt his body.

The applicant admitted that the protesters had slapped, kicked, punched and hit Kumara with sticks in his presence, and dragged him out of the factory on Wazirabad Road where he died. They then set the body on fire. The SHO said he was helpless in front of the mob owing to shortage of personnel.

Over the past two days, the police had arrested scores, to which six more primary suspects have been added, according to an update shared on Twitter today. The suspects were traced using CCTV footage and mobile phone data. “The suspects were hiding at the homes of their friends and relatives,” the statement said.

The police added that out of the 124 people arrested, 19 played a “central role” in the brutal killing.

The statement added that the process of identifying those that instigated the violence is currently underway. “Punjab Chief Minister Usman Buzdar and IG Rao Sardar Ali Khan are personally monitoring the entire investigation process,” the statement said.

Buzdar said the investigation was being taken forward in a scientific manner. He also directed the prosecution secretary to follow the case.

Meanwhile, 13 of the main suspects were produced in a criminal court and subsequently remanded in police custody for one day. The suspects were identified as Farhan Idrees, Saboor Butt, Talha, Abdul Rehman, Imran, Taimur, Shoaib, Raheel, Usman, Shahzaib, Nasir, Ehtisham and Junaid.

They were produced in the court of judge Zarif Ahmed amid tight security. The accused will be produced before the Gujranwala anti-terrorism court tomorrow.