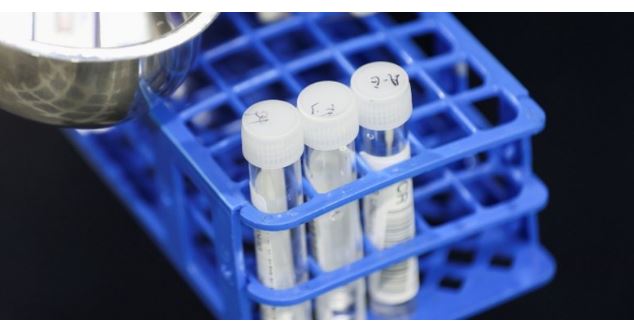 Cape Town, DEC 5: Precursors of the recently discovered Omicron coronavirus variant are likely to have existed for a very long time, according to their co-discoverer, who hails from Germany.

“According to current knowledge, an early form of Omicron evolved as a separate virus type even before Alpha and Delta emerged,” Wolfgang Preiser of Stellenbosch University near Cape Town told dpa. He is a member of the research consortium that discovered the variant.

This type of virus then probably evolved over many months without attracting attention, Preiser said. “The question is: Why did Omicron remain hidden for so long and only now get going? Were one or two mutations still missing to be able to spread quickly?”

The oldest known evidence of the variant so far dates from the first half of November.

The variant, which was first discovered in South Africa and Botswana, has a particularly large number of mutations. Among other things, they affect the spike protein through which the viruses dock onto human cells.

In addition, there are mutations near the so-called furin cleavage site, a region that plays a role in the uptake of the virus into human cells.

In Germany, according to the Robert Koch Institute (RKI) disease control body, four cases of the Omicron variant had been confirmed by genome sequencing by Wednesday – all of them travellers returning from South Africa. The variant is suspected in eight other cases in Germany. Experts, however, assume that there are already more cases.

According to the European Centre for Disease Prevention and Control (ECDC), Omicron could be the dominant variant in Europe within a few months.

The EU health authority recently pointed out that while there are still a number of uncertainties regarding transmissibility, the severity of an infection and possible impact on immune defences, preliminary data suggests that the disease is already present in Europe.

However, preliminary data indicated that Omicron had a clear advantage over the Delta variant.

The WHO classifies Omicron as “of concern.”