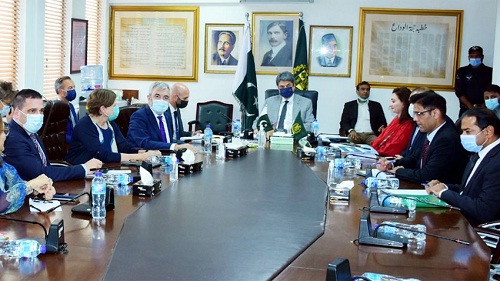 Islamabad : Minister for Law and Justice, Barrister Dr Farogh Naseem has reassured the firm stance of Pakistan Tehreek-e-Insaf government to introduce legal reforms in the country.

He also apprised the delegation of the atrocities being committed in Indian Illegally Occupied Jammu and Kashmir.

The Minister, while referring to the EU’s Disinfo Lab operation launched in 2005, which proved that India had used fake EU letter pads and IDs, said it was a criminal act and demanded that India should be blacklisted for criminal acts.