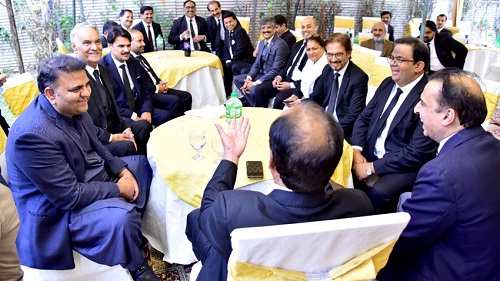 Islamabad : Minister for Information and Broadcasting Chaudhary Fawad Hussain has said that lawyers are the defenders of democracy, human rights and constitution.

Addressing a ceremony held in honour of newly elected office bearers of Supreme Court Bar Association in Islamabad today (Friday), he recognized that the lawyers had played an important role for supremacy of law and constitution in the country.

The Minister said the politics of bar associations should be independent and free from the interference of government and political parties.

He said reforms are necessary to strengthen the legal system.  He said the bar associations should play their role for early disposal of cases.

Chaudhary Fawad Hussain said addressing the problems faced by the lawyers is priority of the government.