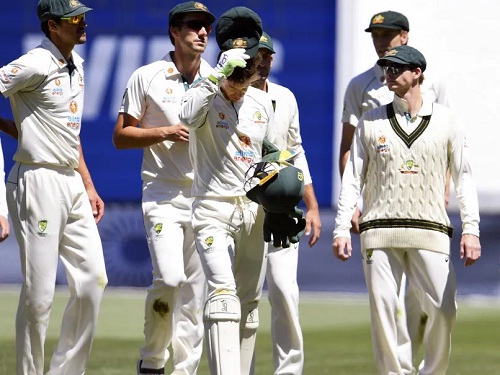 Australia’s cricketing authorities said that after consultation with “relevant stakeholders” it was decided the men’s Test, to be played in Hobart this month, would not go ahead as planned.

After ousting the elected government in August, senior Taliban leaders said Afghan women would no longer play cricket, or any other sport.

Under the regime’s hardline reading of Islamic law, women are also barred from going to school and most public roles.

Senior Australian cricketers had indicated they would like to see the Test cancelled if the de facto ban on women’s cricket remains in place.

Afghanistan’s men are currently playing in the T20 World Cup but have been warned they face an international ban if the country fails to field a side at the upcoming women’s World Cup in New Zealand.

In a statement, Cricket Australia said it was “committed to support growing the game for women and men in Afghanistan and around the world”.

“Given the present uncertainty, (Cricket Australia) felt it necessary to postpone the Test match until a later time when the situation is clearer.”

Afghan players are expected to be allowed to play in the upcoming Big Bash League season in Australia.

Cricket Australia said it looked forward to “hosting both the Afghanistan women’s and men’s team in the not too distant future”.