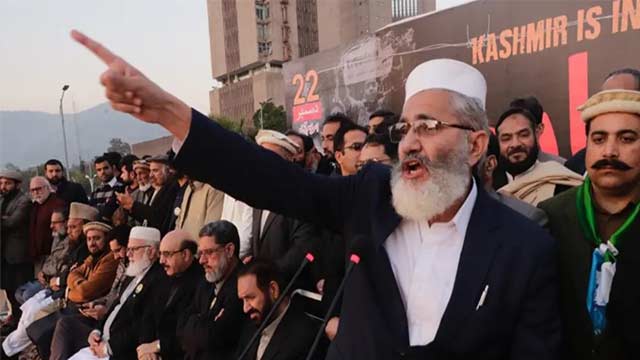 Talking to media in Faisalabad on Thursday, he asked the 3.4 million unemployed youth to converge at the federal capital’s D-Chowk for a protest rally.

The JI chief said that Prime Minister Imran Khan should have mentioned 10 million jobs in his address, adding that we have asked the 3.4 million unemployed youth to come to Islamabad on November 28.

“We will hold a protest march at D-Chowk,” he said and added instead of giving subsidy, PM Imran Khan should reduce the rates he had increased in his tenure.

Haq went on to say that the prime minister only came to the assembly for 21 times, adding that 57 laws have been brought at the behest of the IMF, while the price of sugar has increased.