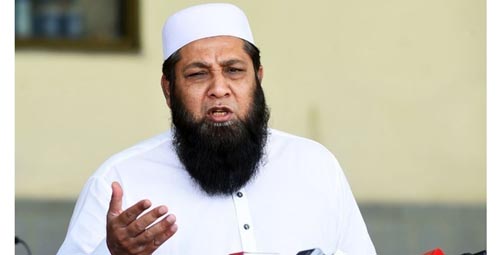 Pakistan will face Afghanistan today at the Dubai International Stadium, with both teams looking to qualify for the semi-finals of the mega event

While speaking on his official YouTube channel, Inzamam said that Pakistan bowlers should have adequate match practice about defending targets with dew around.

“This is Pakistan’s third tough match in the group stage but there won’t be any such matches after this as they play Namibia and Scotland. I think if Pakistan win the toss, they should bat first and test their batting strength and then ask the bowlers to defend the target. There is dew in the second half of the match and our bowlers should have the practice to bowl in such conditions,” said Inzamam.

“This will help us if we face such a scenario in the semi-finals,” he added.

Pakistan will face Afghanistan today at the Dubai International Stadium, with both teams looking to qualify for the semi-finals of the mega event.

He also suggested that Pakistan should try their bench strength in the matches against Namibia and Scotland.

“I think we will continue with the same team combination for the Afghanistan match. Although, if we win, which I’m confident we will, we should test our bench strength in the remaining matches so that other players get an opportunity as well. This will help us if we need injury replacements in important matches,” he concluded.