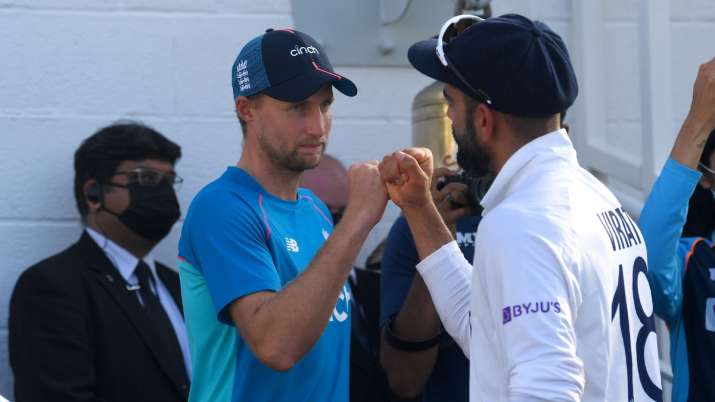 LONDON , OCT 22 : The cancelled fifth Test between England and India from September earlier this year has been rescheduled to July 2022. The series will resume with India leading 2-1 and the concluding Test match will now be played from July 1 at Edgbaston instead of Manchester, following an agreement between the England & Wales Cricket Board (ECB) and the Board of Control for Cricket in India (BCCI).

“Due to the complexities in the schedule, the fixture cannot be staged at Emirates Old Trafford owing to clashes with pre-planned events at the venue, which will leave insufficient time to prepare a Test pitch,” the ECB explained in a media release. Manchester will now host the second Test against South Africa from August 25, 2022. This match was previously due to take place at Edgbaston.

The fifth Test match, which was due to take place last month at the Old Trafford, had to be called off after India expressed apprehension about a further increase in the number of COVID-19 cases inside the camp. The push came to shove when India’s assistant physio Yogesh Parmar tested positive. The visiting camp were by then already without their head coach Ravi Shastri, who had tested positive and had to be isolated along with bowling coach Bharat Arun, fielding coach R Sridhar and physio Nitin Patel.

In the aftermath, both ECB and BCCI differed in their interpretation of the cancelled Test. “This is not a COVID cancellation,” ECB chief executive Tom Harrison had said at the time. But BCCI argued otherwise and pointed to the ICC’s competition terms for the World Test Championship — which allow a match to be cancelled if a team is unable to field a side due to COVID.

To resolve the issue, the BCCI had offered to play two extra T20Is or a Test match when they visit the UK in 2022, and both the boards now seem to have reached a middle ground.

“We are very pleased that we have reached an agreement with BCCI to creating a fitting end to what has been a brilliant series so far,” Tom Harrison, ECB Chief Executive Officer, said. “I’m very grateful to all the venues involved for the cooperation they’ve shown in allowing us to reschedule this match. I’d also like to thank Cricket South Africa for their support and understanding to allow these changes to be possible.

“We recognise that accommodating this extra match means a tighter schedule for the white ball series. We will continue to manage our players’ welfare and workloads through next year while we also continue to seek the optimum schedule for fans, players and our partners across the game.”

Mr Jay Shah, Honorary Secretary, BCCI, said: “I am delighted that the England-India Test series will now have its rightful conclusion. The four Test matches were riveting, and we needed a fitting finale. The BCCI recognizes and respects the traditional form of the game and is also mindful of its role and obligations towards fellow Board Members. In the last two months, both BCCI and the ECB have been engaged in discussions and our efforts were aimed at finding a suitable window. I thank the ECB for their understanding and patience in finding an amicable solution.”