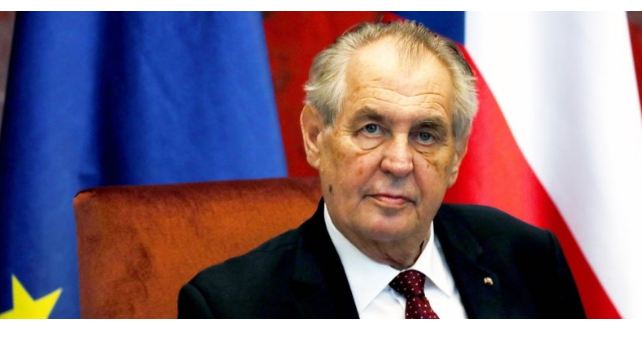 Doctors say Czech President Milos Zeman is in a stable condition, a spokesperson for the military hospital in Prague where he is being treated said on Monday.

The 77-year-old was taken to the hospital’s intensive care unit on Sunday, a day after legislative elections delivered a shock defeat to his ally, Prime Minister Andrej Babis.

In view of Zeman’s unclear state of health, the Czech Republic is facing a period of uncertainty. He plays a crucial role in determining what happens next, because as president he is in charge of naming who forms the next government.

Should the head of state be indisposed, this task passes to the president of the Chamber of Deputies.

A spokesperson for Zeman said that his hospitalization does not jeopardize the exploratory talks between the parties after the election.

Details of what is ailing the president have not been disclosed. He had only been released from hospital in September after an eight-day stay.

Opposition leader Petr Fiala said on Monday he was patient. “I will wait until the president’s health improves, which is what I wish for him,” he said.

Fiala said he hopes to meet the head of state once he is feeling better.

Babis suffered a surprise defeat at the hands of an alliance of liberal-conservative opposition parties, which won 108 of the 200 seats in the Chamber of Deputies after voting was held on Friday and Saturday.

The Czech head of state also convenes the first session of the newly elected Chamber of Deputies.

If the president is unable to do so, the parliamentary chamber constitutes itself 30 days after the election.

In the Czech Republic, there are already open discussions about activating a constitution article which allows the president to be relieved of his functions if he “cannot exercise his office for serious reasons.”

This requires the consent of the Chamber of Deputies and the Senate.