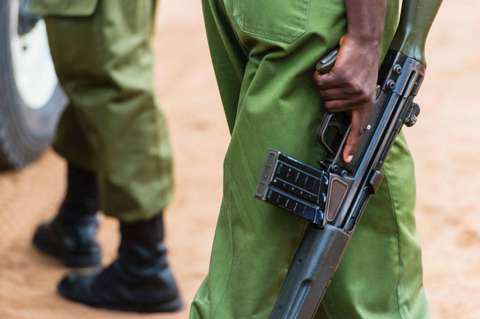 Four Kenyan police officers and one civilian have a case to answer in the abduction and murder of a lawyer, his client and a driver, the high court has ruled.

The three went missing after lawyer Willy Kimani filed a case against a police officer on behalf of Josephat Mwenda. They were being driven by Joseph Muiruri.

A week later, decomposing bodies of the three were recovered in a river, on the outskirts of Kenya’s capital Nairobi.

The prosecution closed its case last week after presenting 46 witnesses. The defence will now start oral submissions from next week.

The defence lawyer, Cliff Ombeta, says they will call a total of 16 witnesses. The court will then judge whether the five are guilty or not.

The three were abducted and killed in June 2016.

Their death sparked outrage within the legal fraternity and in the country.

The police have been blamed for a series of extrajudicial killings in recent years.