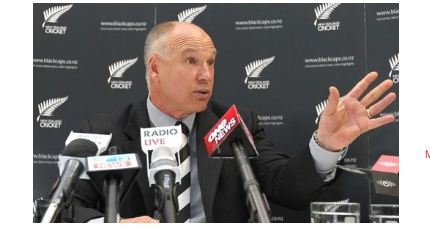 The Black Caps devastated Pakistan’s cricket fraternity on September 17 after opting out of their tour of Pakistan minutes before the first ODI was to be played. They had cited a ‘security threat’ as the reason without divulging any further.

In a new report, New Zealand media website Stuff quoted White as saying: “We’ve got a very close working relationship with Pakistan Cricket. We’d like to think that over the next few days, weeks and months that we’ll work through this to ensure that we play the content that we’ve missed out on and we continue our close working relationship.” “As we know they’re a very passionate cricketing nation and they’re obviously disappointed. We understand their disappointment,” he added.

According to the report, the NZC chief was hopeful the matches would be rescheduled but was not sure about when as the Future Tours Programme was already “pretty tight”.

Regarding compensating the PCB for lost revenue, White said the issue would be discussed in due course. He hoped that the decision to abandon the tour would not be held against NZC when the time came for Pakistan to tour New Zealand.

He also said that it was too soon to comment on the prospect of the Black Caps touring Pakistan again anytime soon.

“I think what’s important to point out is that for every tour we go on, whether it’s Pakistan or England or anywhere, that we go through a very thorough process covering security etc. This was no exception. In fact, it was probably more in this case.

“I can’t answer that question at the moment, it’s too early. But we’ll assess every tour on its merits,” he said.