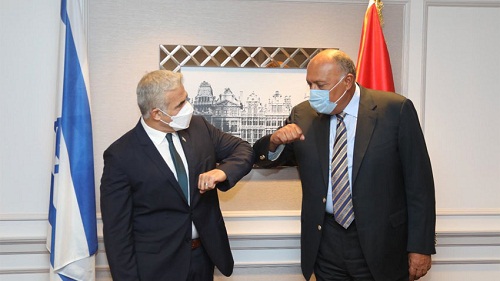 Egypt has urged Israel to revive peace talks with Palestinians to end their decades-long conflict.

Egyptian Foreign Minister, Sameh Shoukry during a telephonic conversation with his Israeli counterpart Yair Lapid, emphasized the need for creating a political horizon for resuming the Israeli-Palestinian peace negotiations.

Egypt has always been supporting the right of Palestinians to establish their own independent state on the 1967 borders with East Jerusalem as its capital, based on the UN-proposed two-state solution.