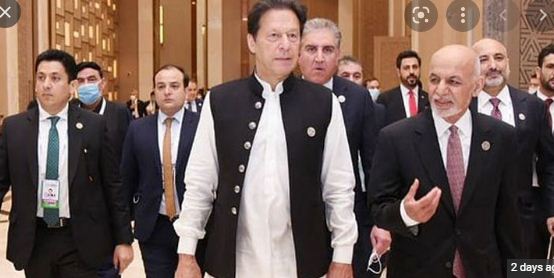 The Prime Minister stressed that instability and conflict were not in Pakistan’s interest. The Prime Minister reiterated the call for immediate reduction in violence. It was also emphasized that imposition of a government by force will not lead to the resolution of Afghan conflict and a negotiated political settlement among the Afghan sides was the only way forward. Pakistan will continue its efforts to urge all parties to engage constructively and secure an inclusive, broad-based and comprehensive political solution.

The two leaders agreed to further enhance Pakistan-Afghanistan bilateral relations. It was stressed that negative statements from Afghan side vitiated the environment and there was a need to build trust. The two sides agreed to undertake necessary measures through mutual consultations to evolve bilateral mechanism to address each other’s concerns in the security arena.

The meeting was held in a constructive atmosphere. The two leaders agreed to remain in contact.