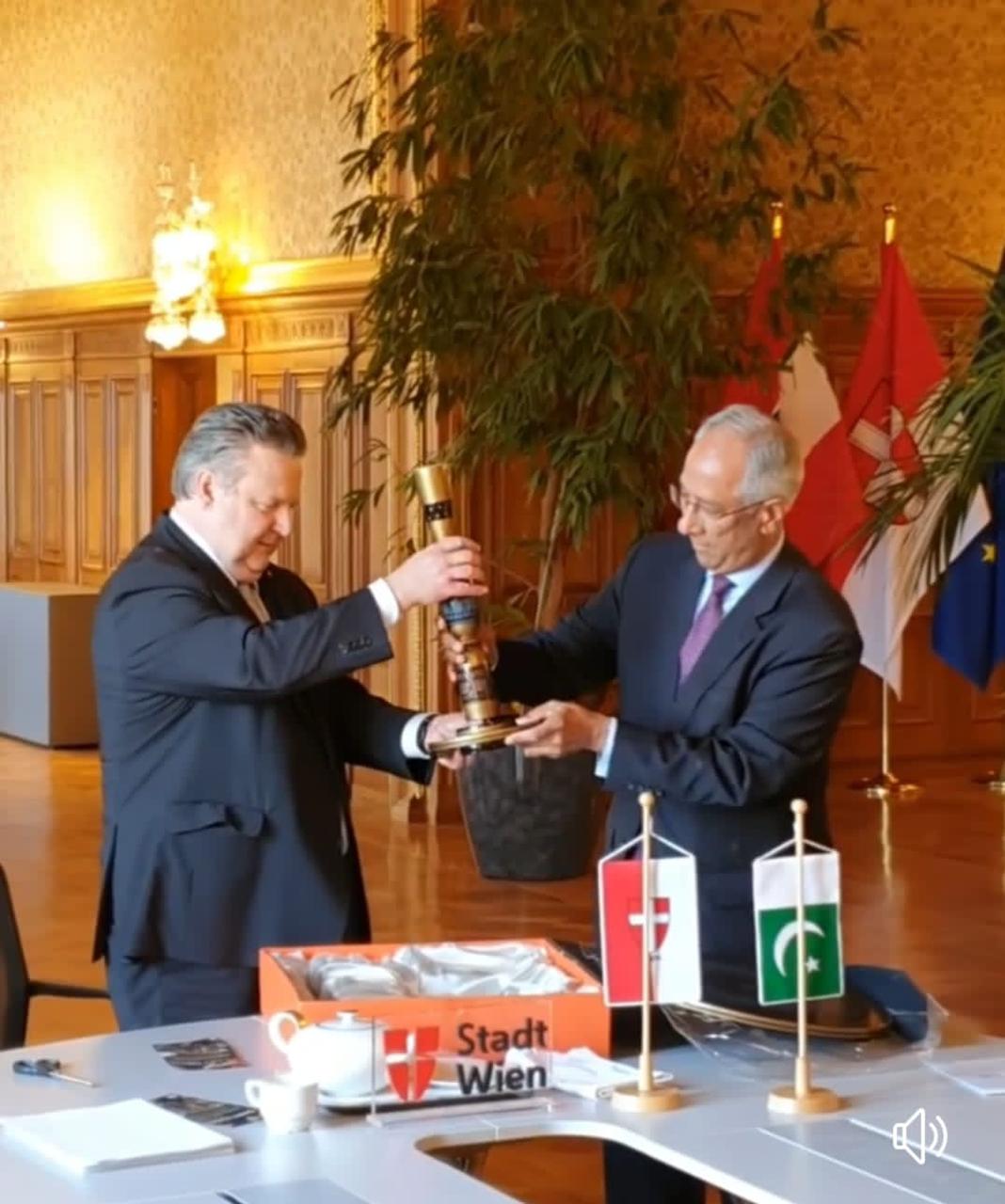 VIENNA: Ambassador Aftab Ahmad Khokher met Dr. Michael Ludwig, Mayor of Vienna today. They discussed all issues of mutual importance to further strengthen bilateral relations of the two countries.
Ambassador Khokher appreciated the government of Vienna for efficient handling of COVID-19 and hoped that normal life would resume soon in the city. In response to the question about bilateral relations, Ambassador Khokher said that the two countries had close cooperation. There was huge potential to further strengthen trade and economic ties, especially in the field of Information Technology.
They also exchanged views on collaboration for addressing the challenge of climate change. Ambassador Khokher highlighted the efforts of the Government of Pakistan in this regard.
Dr. Michael Ludwig said that his government was also working to achieve Sustainable Development Goals and fifty percent area of Vienna was green with many gardens and parks.The Mayor appreciated the idea of increasing cooperation of the two countries in the field of IT and assured his support in this regard.
Dr. Michael Ludwig said that there were huge opportunities for education in Vienna as there were many public and private universities providing high quality education. Ambassador Khokher informed that many Pakistani students were already studying in universities in Vienna and he had organised many webinars for attracting more Pakistani students in Austria. He also said that the educational linkages between the two countries were further strengthened by inauguration of the Pakistan Austria Fachhochschule- Institute of Applied Sciences and Technology in September 2020 in Haripur district of KPK.

Ambassador Khokher said that the Embassy was planning to bring Pakistani artists for their performance in Vienna, especially for sufi music, as the people of Vienna were fond of art and music. He has also planned to organise a Pakistani food festival in Vienna for promoting Pakistani food. He sought collaboration with the city government of Vienna for these initiatives. He invited the Mayor to visit Islamabad at his convenience and explore the opportunities for cooperation between Vienna and Islamabad. The Mayor thanked for the invitation and expressed his interest to visit Islamabad at an appropriate time.