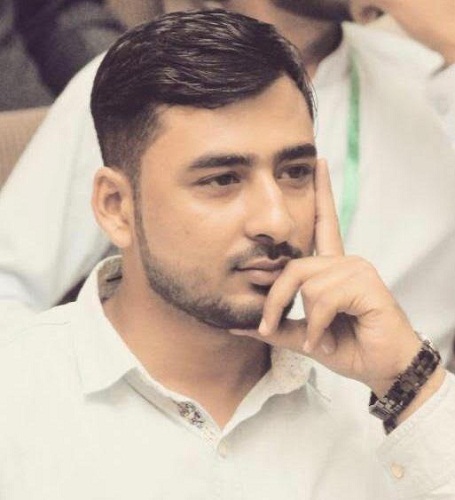 “Under Article 39 of the UN Charter, it constitutes a direct threat to international peace and security, if a country is found to be noncompliant with its safeguards”. On the contrary, India is reported as irresponsible state when it comes to international peace.On May 5, 2021 the seizure of more than seven kilograms of natural uranium from two unauthorized individuals in the Indian state of Maharashtra has raised many questions regarding the state’s control over this highly sensitive radioactive material.

According to media reports the uranium seized was highly radioactive and pure. Since India became nuclear state, numerous incidents of collective and individual uranium theft and smuggling have taken place thatindicates India as themost irresponsible and dangerous nuclear weapon state. With Hindutva terrorist ruling the country and RSS running thousands of terror centres called shakhas across India, a looming nuclear threat cannot be rules out.

This timeline includes only the events where at least One KG of radioactive material was sized, and reported; in 1994, Meghalaya police seized Two and Half KGs of uranium from a gang of four smugglers in the Domiasiat Region. 1998, Police arrested an opposition politician possessing more than hundred KGs Uranium while in the same year, CBI captured a group with over nine KGs of the Nuclear Material in Tamil Nadu.

According to Loksabha report, 147 mishaps or security-related incidents were reported in Indian atomic energy plants between 1995 to 1998. Out of these, 28 were of acute nature and nine of these occurred in nuclear power installations.

In 2008, Police Seized four KGs of Uranium in Supaul district along the Indo-Nepal Border.2009, three perpetrators arrested for illegal possession of five KGs of Depleted Uranium, 2016, A Container of radioactive material was stolen from a fortified research facility in eastern India and another incident taken place in same year, around nine KGs of uranium was seized from two individuals in Thane.

In 2018, a uranium smuggling racket was caught by the Kolkata police with one Kg of radioactive material and now, in the sequence of loose state control over uranium theft another incident taken place on May 05, 2021 which posing a major security mishap under nuclear proliferation. According to experts, terrorists detonate radioactive material by combining it with any conventional weapon, which called “dirty bomb”.  Although the damage caused by a dirty bomb blast will not be as great as that of an atomic bomb, there will be potential for radiation and prolonged contamination in and around the site of the bombing.

It is matter of fact, BJP government isbacked by extremists and could not be trusted, all incidents of nuclear proliferation inside India needed to be investigated, the IAEA must cautioning about this new trend by India to bring uranium as one of the business commodities, being traded openly by private dealers. In the light of such incidents the nuclear program in India is in the hands of irresponsible and inexperienced civilians and the extremist government which is being governed by RSS who has their unethical motives in contrast to Pakistan’s outstanding nuclear safety and security record duly verified by the international monitoring watchdog.

International actors must make it mandatory to India that unless India strictly regulated nuclear material, it would be considered complicit in the proliferation of nuclear material. Such loose state control shows that the India has to go a long way to become a responsible nuclear power and made member of Nuclear Supplier Group.

India must have to prove its credibility by enhancing the internal security of its nuclear plants and also need to bring stringent legislation by enhancing punishment on nuclear proliferation. So far, India’s nuclear safety and security record is not much impressive. Lax state control, as indicated by the latest seizure of seven KGs of natural uranium, shows that still India is an irresponsible nuclear weapon state.

More worrying, is the fact that nuclear arsenal is in the hands of an irresponsible extremist regime. Indian state must regulate nuclear material or else could be considered complicit in their trafficking. However, “this is far from the truth. Natural uranium is not useful for making dirty bombs. For that cobalt 60 etc. are far more lethal. Seven kilograms of natural uranium contains about 0.049kg of U235, which is the bomb material, provided someone could subject it to an enrichment process, a challenge in itself, according to nuclear experts”.

From above discussion, it would not be wrong to say that India is curse for this Region. Non-secular governments in Secular constitution rise different dilemmas with regard to regional security. Therefore, International actors should Play their positive role to control Indian threats. It is well known before world that India is not only Nuclear State in the region. Any irresponsible action from India will lead to greatest debacle across the borders.

The Writer is student of M.Phil. Criminology at SU Jamshoro.