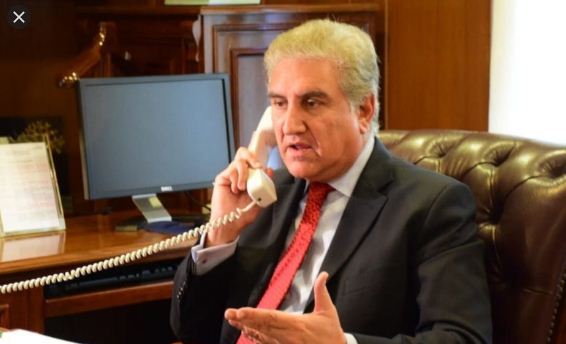 The Foreign Minister congratulated Chinese leadership and its people for successful landing of Chinese spacecraft at Mars and underlined that it was a historic milestone for China in the technological realm. The Foreign Minister underscored that the year 2021 had a special significance as it marked 70th anniversary of the establishment of diplomatic ties between the two countries and over the years, our bilateral relationship had become an All-weather Strategic Cooperative Partnership.

Foreign Minister underscored that Pakistan and China should continue to deepen their cooperation in fighting Covid-19. He thanked China for the support it had extended to Pakistan in containing the spread of the pandemic, including through provision of vaccines.

Foreign Minister Qureshi shared Pakistan’s profound concern over the deteriorating security and humanitarian situation in the Occupied Palestinian Territories which, he stressed, was becoming a major threat to peace and security of Middle East. He added that the violent attacks perpetrated by Israeli forces against the innocent worshipers in Al-Aqsa Mosque and unarmed civilians and the children in the occupied territories, were against humanitarian norms as well as the international law.

The Foreign Minister underlined the importance of urgent steps by the international community to stop the Israeli attacks, protect the civilian population, facilitate engagement of the parties, and ensure just and lasting solution based on relevant UNSC resolutions and the two-state vision.

The two Foreign Ministers agreed to deepen Pakistan-China strategic cooperation and coordination to deal with the emerging challenges and reaffirmed both countries’ commitment to intensify their collective efforts to promote peace, stability and imperatives of justice.