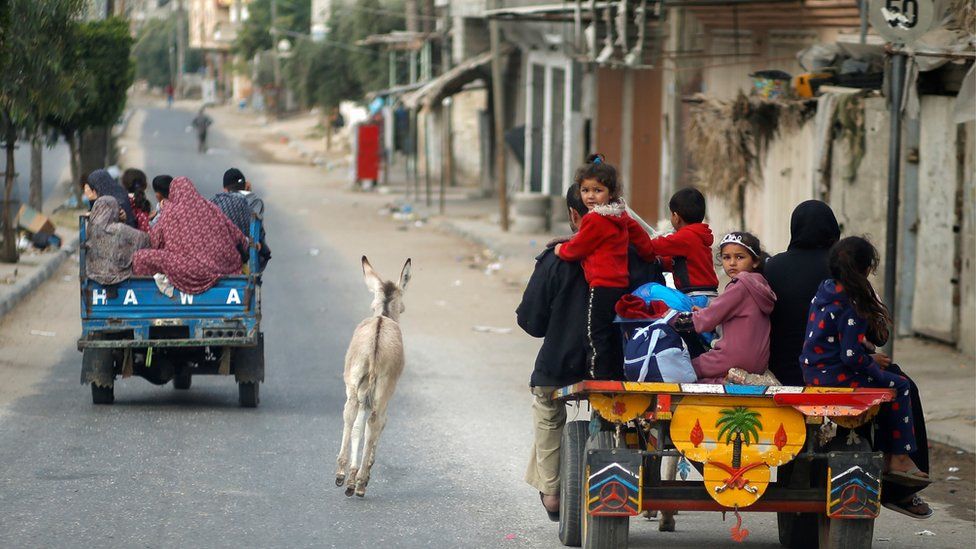 Israel has intensified its assault on Gaza, as Palestinian militants continue to fire rockets into Israel on the fifth day of hostilities.

Israel’s military said air and ground forces were involved in attacks on Friday but had not entered Gaza.

Video from Gaza City showed the night sky lit up by explosions from Israeli artillery, gunboats and air strikes.

Some 119 people have been killed in Gaza and eight have died in Israel since fighting began on Monday.

Meanwhile, Jewish and Israeli-Arab mobs have been fighting within Israel, prompting its president to warn of civil war.

Defence Minister Benny Gantz ordered a “massive reinforcement” of security forces to suppress the internal unrest that has seen more than 400 people arrested.

Police say Israeli Arabs have been responsible for most of the trouble and reject the accusation that they are standing by while gangs of Jewish youths target Arab homes.

This week’s violence in Gaza and Israel is the worst since 2014. It came after weeks of spiralling Israeli-Palestinian tension in East Jerusalem which culminated in clashes at a holy site revered by both Muslims and Jews. Hamas, the militant group that rules Gaza, began firing rockets after warning Israel to withdraw from the site, triggering retaliatory air strikes.

In Gaza, Palestinians fearing an incursion by Israeli troops have been fleeing areas close to the border with Israel. Residents who had left Shejaiya in Gaza City said shells had been falling on homes.

“There is a lot of shelling and the children are all afraid. Even us adults have been in war since our childhood. We are afraid and cannot bear it anymore,” Um Raed al-Baghdadi told AFP.=

The Israeli military said it had conducted an operation overnight to destroy a network of Hamas tunnels that it dubbed “the metro”, but no troops had entered Gaza. It added that – over the course of Thursday evening and Friday morning – 220 more projectiles were fired from the Gaza Strip.

In southern Israel an 87-year-old woman died after falling on her way to a bomb shelter near Ashdod. Other areas including Ashkelon, Beersheba and Yavne were also targeted.