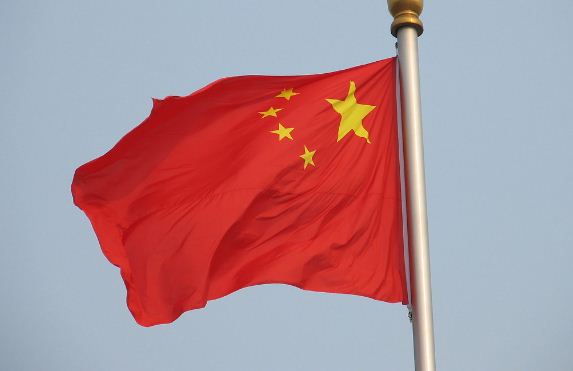 Across much of China, the authorities are encouraging women to have more children, as they try to stave off a demographic crisis from a declining birthrate. But in the Xinjiang region, China is forcing them to have fewer; Beijing has accused its critics of pushing an anti-China agenda

XINJIANG : In most of China, women are being urged to have more babies to shore up a falling birthrate. But in Xinjiang, they are being forced to have fewer.

When China’s government ordered women in her mostly Muslim community in the region of Xinjiang to be fitted with contraceptive devices, Qelbinur Sedik pleaded for an exemption. She was nearly 50 years old, she told officials. She had obeyed the government’s birth limits and had only one child.

It was no use. The workers threatened to take her to the police if she continued resisting, she said. She gave in and went to a government clinic where a doctor, using a metal speculum, inserted an intrauterine device to prevent pregnancy. She wept through the procedure.

“I felt like I was no longer a normal woman,” Ms. Sedik said, choking up as she described the 2017 ordeal. “Like I was missing something.”

Across much of China, the authorities are encouraging women to have more children, as they try to stave off a demographic crisis from a declining birthrate. But in the Xinjiang region, China is forcing them to have fewer, tightening its grip on Muslim ethnic minorities and trying to orchestrate a demographic shift that will diminish their population growth.

Birthrates in the region have already plunged in recent years as the use of invasive birth control procedures has risen, according to reports by a noted researcher, Adrian Zenz, along with The Associated Press.

It is part of a vast and repressive social re-engineering campaign by a Communist Party determined to eliminate any perceived challenge to its rule, in this case, ethnic separatism. Over the past few years, the party, under its top leader, Xi Jinping, has moved aggressively to subdue Uyghurs and other Central Asian minorities in Xinjiang, putting hundreds of thousands into internment camps and prisons. The authorities have placed the region under tight surveillance, sent residents to work in factories and placed children in boarding schools.

While the authorities have said the birth control procedures are voluntary, interviews with more than a dozen Uyghurs, Kazakhs and other Muslim women and men from Xinjiang, as well as a review of official statistics, government notices and reports in the state-run media, depict a coercive effort by the Chinese Communist Party to control the community’s reproductive rights. The authorities pressured women to use IUDs or get sterilized. As they recuperated at home, government officials were sent to live with them to watch for signs of discontent; one woman described having to endure her minder’s groping.

If they had too many children or refused contraceptive procedures, they faced steep fines or, worse, detention in an internment camp. In the camps, the women were at risk of even more abuse. Some former detainees say they were made to take drugs that stopped their menstrual cycles. One woman said she had been raped in a camp. To rights advocates and Western officials, the government’s repression in Xinjiang is tantamount to crimes against humanity and genocide, in large part because of the efforts to stem the population growth of Muslim minorities. The Trump administration in January was the first government to declare the crackdown a genocide, with reproductive oppression as a leading reason; the Biden administration affirmed the label in March.

Ms. Sedik’s experience, reported in The Guardian and elsewhere, helped form the basis for the decision by the United States government. “It was one of the most detailed and compelling first-person accounts we had,” said Kelley E. Currie, a former United States ambassador who was involved in the government’s discussions. “It helped to put a face on the horrifying statistics we were seeing.” Beijing has accused its critics of pushing an anti-China agenda. The recent declines in the region’s birthrates, the government has said, were the result of the authorities’ fully enforcing longstanding birth restrictions. The sterilizations and contraceptive procedures, it said, freed women from backward attitudes about procreation and religion.

“Whether to have birth control or what contraceptive method they choose are completely their own wishes,” Xu Guixiang, a Xinjiang government spokesman, said at a news conference in March. “No one nor any agency shall interfere.”

To women in Xinjiang, the orders from the government were clear: They didn’t have a choice.Last year, a community worker in Urumqi, the regional capital, where Ms. Sedik had lived, sent messages saying women between 18 and 59 had to submit to pregnancy and birth control inspections.

“If you fight with us at the door and if you refuse to cooperate with us, you will be taken to the police station,” the worker wrote, according to screenshots of the WeChat messages that Ms. Sedik shared with The Times. ( New York Times)