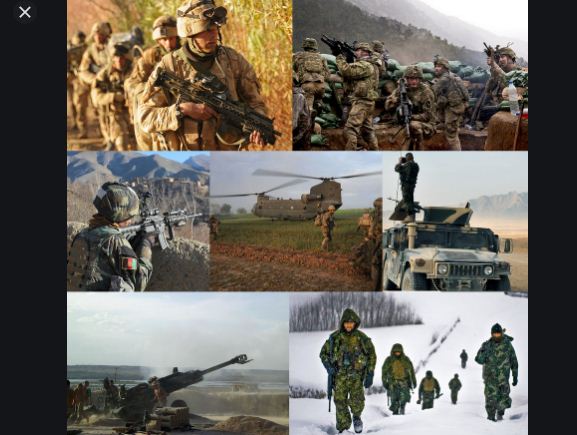 The chosen policy is to bait re-talibanisation in order to roll back 20 years’ worth of human sacrifice, capital and investment. And, then, who will take the lead in belling the Taliban cat? The US has washed its hands of the entire Afghan quagmire, including reconstruction and rehabilitation, despite experts warning of geopolitical chaos

The unilateral decision to drawdown US and NATO troops from Afghanistan was not entirely anticipated by other parties and stakeholders to the decades-old conflict. Even more disconcerting is that this process began on May 1 when the US vacated Kandahar Airfield (KAF), the primary target of Taliban attacks since 2001; sparking clashes between Afghan forces and the Talban that left 100 militants dead. That the military base was the first to be ‘handed over’ to the Afghan government was perhaps an exercise to test both Kabul and the Taliban. It appears that the latter lost this round.

Since then, however, there has been no let-up in violence. Last week alone saw the targeted killing of well-known television journalist Newat Rawan, just a day after the Taliban warned the Afghan media against “biased reporting”. This was followed by fresh carnage over the weekend when bombs were planted outside a girls’ school in a Kabul suburb that is largely populated by the Shia Hazara community, leaving 68 dead and 165 injured. The Taliban denied involvement in the attack. The Hazara had also been routinely attacked by ISIS. Elsewhere, a bus was bombed in the country’s southern Zabul province. Pakistan also suffered a spillover effect when four soldiers were killed and six wounded in Balochistan while fencing part of the border the border with Afghanistan.

Thus, in the space of a single week all enemies of peace have been let out of the bag. This should come as no surprise since the US and NATO were unable to defeat militants despite spending two decades on the Afghan battlefield. International forces only managed to dismantle some of their own strategic assets, including Bin Laden. The troop pullout is therefore viewed as an American plan to intentionally dent the region. This is reinforced by President Biden stressing that the region should take remedial responsibility for the conflicts in its backyard, including Afghanistan. All this despite the fact that the US and NATO created this regional discord for their own vested interests.

Afghanistan has been caught in the crosshairs for four decades. This war without end has consumed an enormous chunk of the world’s resources. Untold lives have been lost and billions of dollars’ worth of infrastructure have been damaged or destroyed. In addition, prolonged military offensives have gifted the world the worst ever global economic crunch and massive migration; thereby negatively impacting global poverty indexes. The biggest beneficiaries remain weapon manufacturers and their patrons while the Muslim world has suffered the most.

This looks set to continue. Indeed, the carefully crafted fallout of the US exit from Afghanistan will be the loosening of the militant noose across the region with a view to undermining regional security, the peaceful infrastructural growth of BRI (Belt and Road Initiative), as well as bilateral and multilateral cooperation. The ever-expanding US-India strategic alliance against China, Iran and Russia is resulting in the development and strengthening of Cold War strategies. It remains unclear as to whether this would be sufficient to curtail the economic growth of China. Yet, seemingly, the chosen policy is to bait re-talibanisation in order to roll back 20 years’ worth of human sacrifice, capital and investment. And, then, who will take the lead in belling the Taliban cat? The US has washed its hands of the entire Afghan quagmire, including reconstruction and rehabilitation, despite experts warning of geopolitical chaos.

Certainly, economically weak Pakistan has more to lose in the event of increased militancy, particularly, along its border areas with Afghanistan. It is most unfortunate, both for this country and the whole region, that the US could not even secure the Doha peace talks and effectively lost the game to the Taliban – despite all facilitation and support from abandoned ally Pakistan. History has shown that the US can neither win wars on the battlefield nor at the negotiating table. It is time that the US learned this lesson.

The writer is a freelance journalist and broadcaster, Director Devcom-Pakistan, a policy advocacy and outreach think tank in Islamabad. He can be reached at devcom.pakistan@gmail.com and tweets @EmmayeSyed