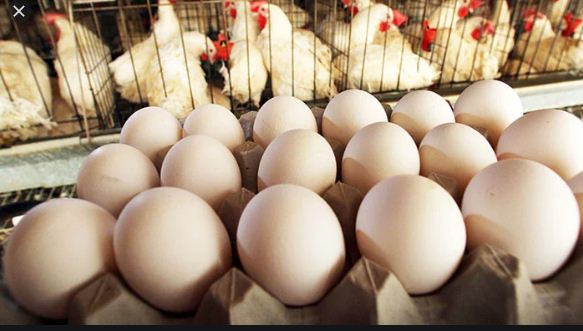 ISLAMABAD, May 10 (DNA): The Competition Commission of Pakistan (CCP)
has revealed that 19 poultry feed companies have been involved in “price
coordination” which led to repeated increase in prices of chicken and
eggs.

An inquiry conducted by the CCP stated, “Poultry feed comprises
approximately 76-80 % of the cost of broiler meat and eggs. Therefore,
the hike in feed prices has affected the prices of chicken and eggs,
which are the most commonly consumed high protein foods.”

The enquiry into the poultry industry revealed that 19 poultry feed
companies have been involved in price coordination and their
anti-competitive conduct has caused a rise in the price of poultry feed.

Poultry feed comprises approximately 75% to 80 % of the cost of broiler
meat and eggs. Therefore, the hike in feed prices has affected the
prices of chicken and eggs—the most commonly consumed high protein foods
in the country.

The CCP’s enquiry revealed that from December 2018 to December 2020, the
feed mills work together to raise the poultry feed prices by Rs825 per
50 kilogrammes, making the feed 32% costlier for the poultry farmers.

The data from the Pakistan Bureau of Statistics for September 2020 shows
that chicken prices rose by 18.31% and eggs by 5.2%. The rise in these
prices coincided with an increase in feed prices by almost Rs100 per
bag.

The CCP took a suo motu notice of the concerns and complaints against
the inflated prices registered through the PM Citizens Portal and the
CCP’s own online complaint management system. Citizens alleged that
leading mills have colluded to raise feed prices.

The record revealed that officials of 19 feed mills were using an active
WhatsApp group where one feed producer would announce the price increase
and the rest expressing their willingness to follow suit. They would
also discuss new prices and the date they will be implemented from, and
evidence suggests that all these decisions were enforced.

The enquiry also found that mills carried out price changes between
December 2018 and December 2020 in a coordinated manner in short
intervals at least 11 times. In addition, the data revealed that not
only were price revisions made on the exact dates, but the amounts of
price change were also similar.

An analysis of poultry input costs shows that maize, which is the
primary component of feed, constitutes 55% to 60% in terms of physical
usage in feed and contributes approximately 40% to the cost.

On the other hand, soybean meal, another critical raw material, saw
inflated prices. However, a rise in input prices it has been witnessed
cannot be used as a justification to increase feed prices uniformly as
each mill has a different cost structure and business model.

Poultry feed mills are each other’s competitors, and any discussion and
coordination on prices is prohibited under Section 4 of the Competition
Act, 2010.

Following the findings of the enquiry report, CCP says it will be
issuing show-cause notices to poultry feed companies involved in the
violation of rules. DNA