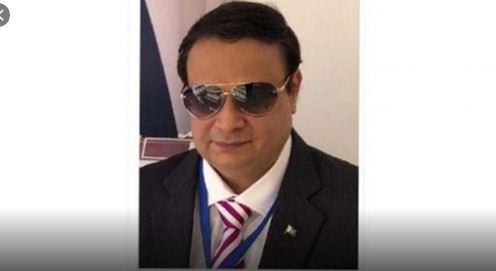 Most recently, Azerbaijan’s President Ilham Aliyev declared SHUSHA the “Cultural Capital” of Azerbaijan. It is a “historical” important city in Nagorno-Karabakh region recently liberated after 30 years from illegal occupation of Armenian. Shusha has historically been one of the important centers of historical, cultural, socio-political life of Azerbaijan.

Paragraph “32 of Article 109” of the Azerbaijani Constitution, the President Ilham Aliyev decided to restore the historical appearance of Shusha, restore its former glory and reunite it with a rich cultural life, as well as promote Azerbaijan’s rich culture, architecture and urban planning in the international arena.

The President Aliyev showcased it as “Cultural Capital” of the entire region. It was “massacred” and illegally “captured” by Armenia on May 8, 1992. During all these “painful” years, it has been “symbol” of “human resistance”, “purity”, “dignity”, “cultural diversity” and “peaceful struggle”.

Ultimately the “Pearl of Karabakh” Shusha was liberated on November 8, 2020.  It is known as a “symbol” of Azerbaijani history and culture. Many prominent Azerbaijani musicians and scholars were born in the city.

The President Aliyev “reiterated” that development work has already begun to restore the historic city Shusha. He affirmed that after proper inspection of the housing stock, historic sites and collateral damages the restoration of Shusha would be started. He stressed the need to protect the original appearance and the historical image of Shusha.

He shared that during the occupation Armenian forces intentionally destroyed over 60 mosques. Moreover, pigs and cows were kept in the Aghdam mosque along with insulting inscriptions can be seen on the walls of the Aghdam mosque.

He assured “peaceful living” of the Armenian people and terming them citizens of Azerbaijan. He instructed the culture minister to organize music and poetry festivals in Shusha during this year.

He highlighted that Azerbaijan will also build an international airport in Fuzuli province this year, adding that at least runways will be ready in 2021.

Shusha was called “Paris of South Caucasus”, “Art Temple of the Caucasus”, “Cradle of Azerbaijani Music” and “Conservatory of the Transcaucasia”. The historic part of Shusha having a mysterious beauty was declared a historic and architectural reserve in 1977.
Historical and architectural monuments of Shusha occupied by Armenian armed forces were destroyed on May 8, 1992 but now it hopes to be restored again.

It has “astounding” beauty. It has lots of fauna around, great hiking trails and the waterfalls. Historically, Shusha was a cultural and commercial centre and maintained trade relations with many countries in the East and Europe.

Yukhari Govhar Agha Mosque or Shusha Juma Mosque is the oldest mosque located in the central Square of Shusha city and built in the territory of the city. The mosque was registered by the Ministry of Culture and Tourism of the Republic of Azerbaijan as a historical and cultural monument of state importance. In 1992, as a result of the occupation of Shusha by Armenia, the mosque was partially destroyed.

Chol Gala Neighbourhood is one of down neighbourhoods of Shusha built in the 18th century. It was the closest to the Castle walls. Like other neighbourhoods, this neighbourhood also had a mosque, a bath, a small square and a spring. Khurshidbanu Natavan’s Palace, Asad bay Javanshir’s Palace Complex, Khan Shushinski’s House, the property of Uzeyir Hajibeyov’s father are located in this neighbourhood.

This house, in which the world famous Azerbaijani composer Uzeyir Hajibayov was born and grew up in Shusha, was built in the 19th century. Uzeyir Hajibayov’s Museum was established here in 1959 and operated until the occupation of Shusha by the Armenian armed forces on May 8, 1992.

Molla Panah Vagif’s Tomb is located in Shusha city. Construction of the tomb was completed in 1982 and Heydar Aliyev, the father and president of Azerbaijan, attended the opening of the monument. The tomb was built based on the project of the full member of ANAS, doctor of art criticism A.V.Salamzada and the honoured architect, candidate of architecture E.I.Kanukov.

Shusha was a mountain recreation resort in the Soviet era. Shusha is often considered the cradle of Azerbaijan’s music and poetry and one of the leading centres of the Azerbaijani culture. The city is particularly renowned for its traditional Azerbaijani genre of vocal and instrumental arts called mugham.

Shusha is the “conservatoire of the Caucasus”. Khurshidbanu Natavan, Azerbaijan’s most famous woman poet, Uzeyir Hajibeyov and one of Azerbaijan’s first twentieth-century novelists, Yusif Vezir Chemenzeminli, were born in Shusha.

Shusha is also well known for sileh rugs, floor coverings from the South Caucasus. Those from the Caucasus may have been woven in the vicinity of Shusha. A similar Eastern Anatolian type usually shows a different range of colours.

In 1977, Azerbaijan’s national leader Heydar Aliyev declared the historical part of Shusha as the historical and architectural reserve. As a result, major steps were taken to protect monuments in Shusha and perpetuate the memory of prominent cultural and artistic figures.

However, Armenia occupied the city of Shusha on May 8, 1992 and pursued a policy of destroying the historical and cultural heritage of the Azerbaijani people in the city.

Shusha, along with 300 other city centers, villages and settlements were liberated from around 30 years of Armenian occupation during the war between September 27 and November 10.

Historical and cultural riches of Shusha, southwestern Azerbaijan, make it more than just a city for Azerbaijanis. The key town in the Nagorno-Karabakh region was liberated from the Armenian occupation.

Besides being one of the symbols of Azerbaijani history and culture, Shusha is also of strategic importance, as it is located on the road leading to Khankendi, the largest city in Upper Karabakh.

Shusha, founded by Karabakh Khan Penahali in 1752, has numerous historical monuments, and many distinguished scientists, intellectuals and cultural icons were born here.

It is known as the “cradle of Azerbaijani music” because of its famous composers and musicians such as Jabbar Garyaghdioglu, Gurban Pirimov, Bulbul (Nightingale), Seyid Shushinski, Khan Shushinski, Uzeyir Hajibeyov, Rashid Behbudov, Niyazi, and Fikret Amirov.

Ahmet Agaoglu, a politician, jurist, writer and journalist who left a deep mark both in Azerbaijan and Turkey, where he spent a part of his life, is also a native of Shusha.

Late President Heydar Aliyev termed Shusha “a holy city, castle, and monument” not only for the people of Shusha but for all Azerbaijanis.

The Jidir Plain in its southern part, surrounded by forests and numerous promenades, hosted horse races, festivals and other sports events for many years.

May 8 is marked as a holiday in Armenia, but in Azerbaijan, the day is remembered as a Black Day. Hundreds of Azerbaijanis were killed and went missing in the defense of Shusha.

The occupation, where 20,000 Azerbaijanis lived, also caused a loss to the Azerbaijani economy and culture. While thousands of people were forced to leave their homeland, more than 300 historical monuments were also destroyed.

Shusha has been declared cultural capital of Azerbaijan. It has “mesmerizing” natural beauty and “classic” bungalows. It has great community centers and famous “castles” too. It has been famous for “Spring Healings” and “spontaneous” cultural diversity.

Unfortunately, Shusha the capital of cultural has been victim of severe “ethnic cleansing” and series of “genocides” committed by fascist “Armenia military and militia”. It has been easy prey of Armenian state “sponsored” terrorism in which its natural beauty has been eroded. Its physical beauty had been destroyed. It ecology has been sabotaged.

After its declaration being a cultural capital of Azerbaijan it hopes that its natural beauty, museums, castles, roads, resorts, community centers, libraries, centers of learning, science and arts will be restored and Shusha will be again in the hearts of people and tourists alike in the days to come because cultural is eternal and conspiracy, conflict and contradiction is always short lived.