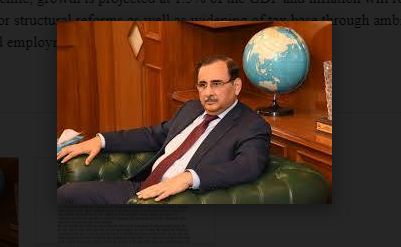 Mian Anjum Nisar observed that the government had expected 2.5% contraction in the LSM sector in the current fiscal year, which will now be positive at the end of the year, also contributing to the overall economic growth that is now projected at around 3%. Big industries posted 9% growth during the first nine months of current fiscal year but the index slid for the second successive month, suggesting an uneven growth momentum due to disruptions caused by the pandemic.

He said the government has to formulate long-term and consistent policies for high growth of industry and considerable improvement in exports, as contrary to regional countries, Pakistan’s exports have remained stagnant for a long time, and unless attention was paid to all factors that hamper industrial and exports growth, the country might not be able to achieve desired results.

Mian Anjum Nisar called for out-of-the-box solutions for economic growth, as COVID-19 has adversely impacted the world’s economy as well as Pakistan’s trade and industrial sectors.

He said the government has already missed its annual export target for the first two years. For the current fiscal year, the export target was reset at $27.7 billion, requiring at least 6 percent growth.

He said that the country has a fiscal space to lower the electricity tariffs instead of increasing, saying that the continuous increase in power tariff can endanger industrial growth momentum, which contributes around 60-70 percent of tax revenue. He said that Pakistan’s inability to fulfill the conditionalities of the IMF programs will have serious financial consequences for the country as in the next three years the country has to pay $40 billion.

He said that the country’s economic situation requires huge spending on the Public Sector Development Program  but within past nine months of the ongoing fiscal year, the government has only released Rs277 billion to the PSDP projects against 494 billion demands. He said that completion of developmental works is a key to provide job opportunities to the masses.

The FPCCI former chief said that the country’s economy is witnessing an unprecedented damage under the government’s controversial agreement with the International Monetary Fund, as it has wreaked havoc on the industry by unleashing a slew tsunami of unbearable hike in prices of utility.

The BMP Chairman said the country’s total debt had reached Rs44 trillion, which is around 90 percent of the GDP, while circular debt is likely to reach a whopping Rs4.6 trillion in 2023, with Foreign Direct Investment (FDI) declining by 30 percent and the World Bank’s GDP growth forecast of just 1.3% this year, the lowest in the region.

The Businessmen Panel chairman said that during pre-Covid time the economy was on the track with 2.4 percent growth rate till March 2020. However, after May 2020, it witnessed a decline by 1.5% as resources were diverted towards Covid-19 mitigation and containment. In the current situation and amid the third wave of the pandemic, growth is projected at 1.5% of the GDP and inflation will remain volatile.