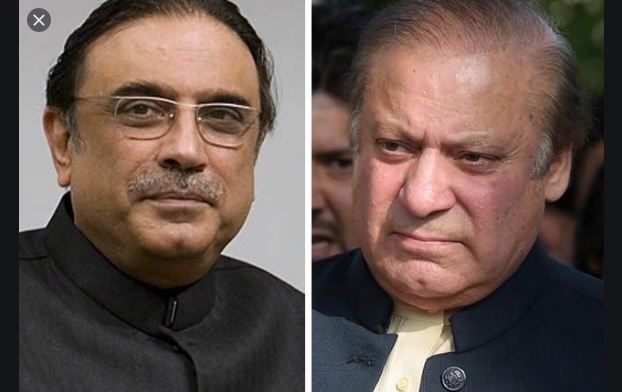 Former president Asif Ali Zardari made a telephone call to Pakistan
Muslim League-Nawaz supremo, Nawaz Sharif after the PDM meeting to
discuss the future strategy, but he reportedly refused to answer the
call despite being at home.

The former finance minister Ishaq Dar attended the call and told the PPP
co-chairman that Nawaz Sharif is angry and he is not willing to talk to
you.

During the telephonic contact Asif Ali Zardari raised reservations over
the nomination of Azam Nazeer Tarar as Opposition Leader in Senate as he
was the lawyer of the alleged killers of Benazir Bhutto, sources
familiar to the development said.

The PPP stalwart disconnected the telephone line after the aggressive
talk by Ishaq Dar. PPP Chairman Bilawal Bhutto Zardari also listened to
all the conversation on the speaker.

It is being reported that former Prime Minister Shahid Khaqan Abbasi and
Pervez Rasheed have been tasked to restore contacts with the Pakistan
People’s Party and convince them for the resignations from the
assemblies.