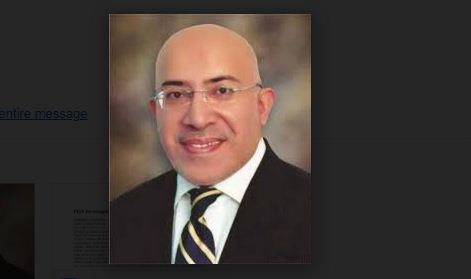 LAHORE, MAR 19 – /DNA/ – The Pakistan Industrial and Traders Association Front Chairman Mian Nauman Kabir has called for strengthening the agriculture sector, as the import bill of eatables has inflated by over 50% to $5.35 billion during the first eight months of 2020-21 to bridge the shortfall in domestic production of agriculture produce.

The PIAF Chairman, in a joint statement with vice chairman Javed Siddiqi, observed the country needs to enhance the areas of research to encourage indigenous technological innovations and modernize its agriculture sector, as this has the potential source of employment for the people of the country. Moreover, the higher food import bill due to lower domestic produce will also trigger trade deficit, causing uneasiness on the external side for the government. He said that the share of food items in the total import bill has now reached 15.76% this year, making the country dependent on imports to ensure food security.

Mian Nauman Kabir said that the trade deficit is widening as the overall import bill of the country has been on the rise since November last year, mainly due to an increase in the import bill of food items.

Mian Nauman said that the food import bill of all products posted a growth in value and quantity during the period under review, a clear indication of shortage in domestic production. Within food group import, the major contribution came from wheat, sugar, edible oil, spices, tea and pulses. Edible oil import witnessed a substantial increase during the period under review in quantity, value and per value terms.

Mian Nauman Kabir said that Pakistan needs to move from traditional to modern agriculture to overcome its trade deficit and meet its socio-economic targets. He noted that during 2008 to 2018 Pakistan agriculture production increased by 56% against the average increase of 72% in the South Asian region, while the average rise was more than 90% in the lower middle-income countries. He was of the view that Pakistan can quickly embark on the road of rapid development and get rid of poverty and backwardness by focusing on its agriculture sector.

To improve export capacity, the most important thing is to accelerate the development of the China-Pakistan Economic Corridor, especially the construction of the nine special economic zones in the second stage, so that Pakistan can enter the track of rapid economic development, and strive to realize the industrialization and modernization of the nation. Pakistan is an agricultural country, and agriculture is the lifeline of Pakistan’s economy.

Javed Siddiqi remarked that farmers were the major stakeholders of agriculture sector, and it is a matter of concern that seeds of various crops were not being provided to farmers on time. He suggested that bottlenecks need to be removed to ensure fair and timely distribution of crops seeds to the farmers so that by resolving farmers’ issues agricultural productivity could be enhanced.

He was also of the view that the vast potential of agriculture sector if exploited prudently and effectively will vehemently alter the socio-economic landscape of our country, bring lasting economic benefits and strengthen the process of industrialization.