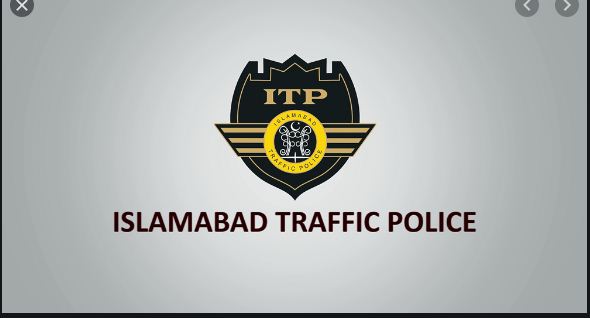 According to details, following the direction of IG Islamabad Qazi
Jameel-ur-Rehman, SSP Traffic Farrukh Rashid has introduced modern
technological services such as issuance of online appointment system,
SMS alert and smart driving license for the convenience of citizens.

Meanwhile, the use of speed-checking cameras has significantly reduced
traffic accidents.

Moreover, to ensure compliance with traffic rules a special campaign
namely “SAFER ROADS” (safe roads) was launched which was aimed to have a
check on violation such as tinted glass papers, un-authorized number
plates, high beams and certain other violations.

Similarly, along with road safety awareness, free helmets, side mirrors,
back lights and indicators were distributed among motorcyclists. These
steps of Islamabad Traffic Police are being highly appreciated in public
circles.

In response to the campaign launched by the ITP for the prevention of
accidents a total of 73,609 challans were issued for violating various
traffic rules and a fine of Rs. 20 million was collected.

Violation of Illegal lights 566, motorcycle without helmet 8816, lane
violation 2590, Not wearing seat belt 3150, use of mobile phone while
driving 1831, illegal parking 737, fancy number plates 3136 and other
traffic rules violation 48596 were challaned.
With the cooperation of Honda Atlas a campaign was launched regarding
issuance of free helmets, side mirrors, indicators and backlights for
motorcyclists.

IG Islamabad said that along with the focus on enforcement of law and
order situation and curbing crimes, practical steps are being taken to
ensure safe and secure life to honorable citizens.

Police play the role of friend and facilitator in the society, IG said
and urged the Police officers to help and protect the rights of the
people. DNA